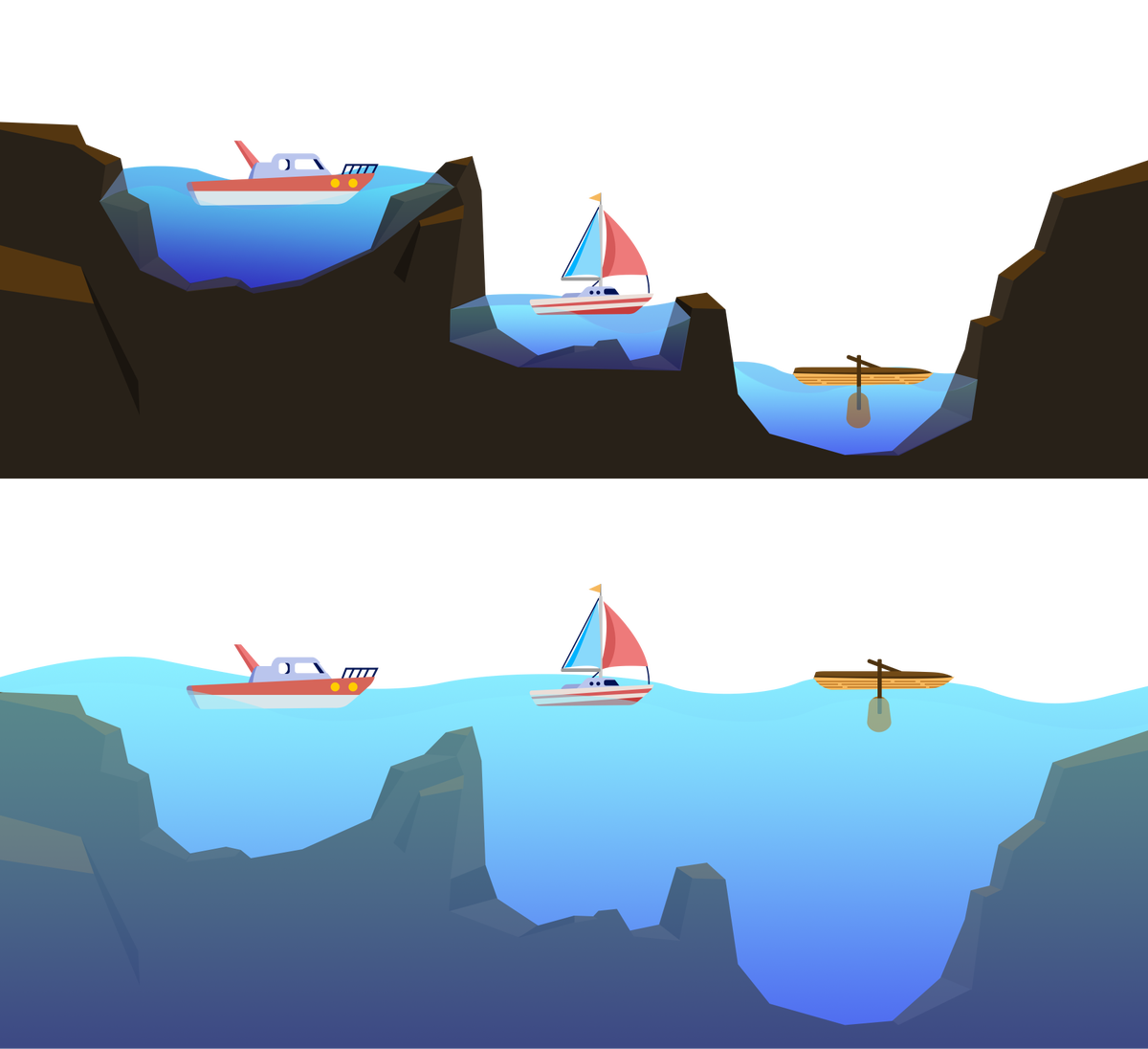 John F. Kennedy is credited with popularizing the aphorism “a rising tide lifts all boats,” to suggest that investing in economic development can benefit everyone who participates in the economy. The mental image of many different boats floating in a marina and similarly lifted by a rising tide is elegantly simple.

A similar argument is often made in favor of diversity, equity and inclusion (DEI), suggesting that greater diversity can lead to benefits for the entire organization, such as greater innovation. or higher profitability. However, this argument has met with resistance in the workplace: business leaders, even when they believe in the value of diversity, often express concern that investing in DEI initiatives designed to benefit an identity group can make other groups feel excluded. An additional concern is sometimes raised by employees from privileged groups, who fear that DEI will harm them because it creates unfair advantages for underrepresented groups.

To counter these common concerns, when my colleagues and I began measuring inclusion, we often used the aphorism of the rising tide to suggest that fostering greater inclusion, rather than focusing strictly on representation, is beneficial for everyone in the organization.

Drawing on the popular aphorism, we can say that “a rising tide of inclusion gives the greatest boost to boats that are normally the most excluded”. The two drawings at the top of this article give a pictorial analogy to help convey this idea. In each drawing, different boats represent different groups within the organization. Uneven ground is meant to represent the presence of structural biases that cause disparities between groups – biases that exist within the organization and also within society at large. Water represents inclusion. And the level of each boat represents the overall well-being of that group.

The top drawing represents the current state of affairs in many organizations, where structural barriers and lack of water force boats to sit at different levels. In other words, different groups experience different levels of inclusion and enjoy different overall levels of well-being.

In this pictorial analogy, creating a more inclusive environment means raising the water level across the landscape, as shown in the bottom drawing. As water rains down on the landscape, boats in deeper basins have the potential to receive the greatest improvements, as their welfare is brought to a level comparable to, and ultimately equal to, the levels of others. groups.

The pictorial analogy addresses the common concerns mentioned at the start of this blog. First, in terms of the fear that trying to increase diversity for one specific group might make other groups feel left out, raising the global water level is done in “ raining” on the whole landscape, that is to say, it does not require you to choose which boat the rain should fall on. This reflects the fact that fostering greater inclusion does not require you to focus on just one specific group, as any initiative that removes exclusionary practices can make things better for all affected groups. For example, removing bias from your promotion processes, thereby making your promotion process more inclusive, will benefit all groups that are commonly affected by promotion bias.

The pictorial analogy also addresses the second concern: raising the water level of the lower basins does not require pumping water out of the upper basins. Even the most skeptical people need to understand that increasing the overall level of inclusion in the organization does not require reducing the level of inclusion of those who already benefit from it. In fact, as the drawings show, the overall water level should rise even for boats that were already at the highest level.

Given these findings, how can an organization, in practice, “rain inclusion” on everyone? Here’s a simple recipe: review the processes that shape your people’s experiences and success, such as recruiting, hiring, job assignment, compensation, promotion, and retention. As you examine each process, look for any policies or practices that introduce bias or allow individual biases to impact certain identity groups. If you find any, modify them to remove or prevent these biases.

For an example of a process that introduces bias, if your organization favors the recruitment of college graduates from ivy league schools, you are explicitly creating a bias due to existing disparities in those student populations (and you are in effect taking a bad business decision). Solve this problem by ensuring that your outreach and recruitment activities target a mix of schools at different levels and geographies.

For an example of a seemingly unbiased process that allows individual biases to go unchecked, if your performance and compensation review processes include significant subjective and qualitative elements, any conscious or unconscious bias on the part of a manager towards specific identity groups will lead to unequal treatment of employees from those groups. Solve this problem by developing detailed guidelines and metrics that leave little room for subjective assessment.

Correcting any of these organization-wide processes will be tantamount to raining inclusion across the entire landscape, which will raise the tide of inclusion for everyone, but especially for those who have the suffered more from the impact of individual and systemic biases.