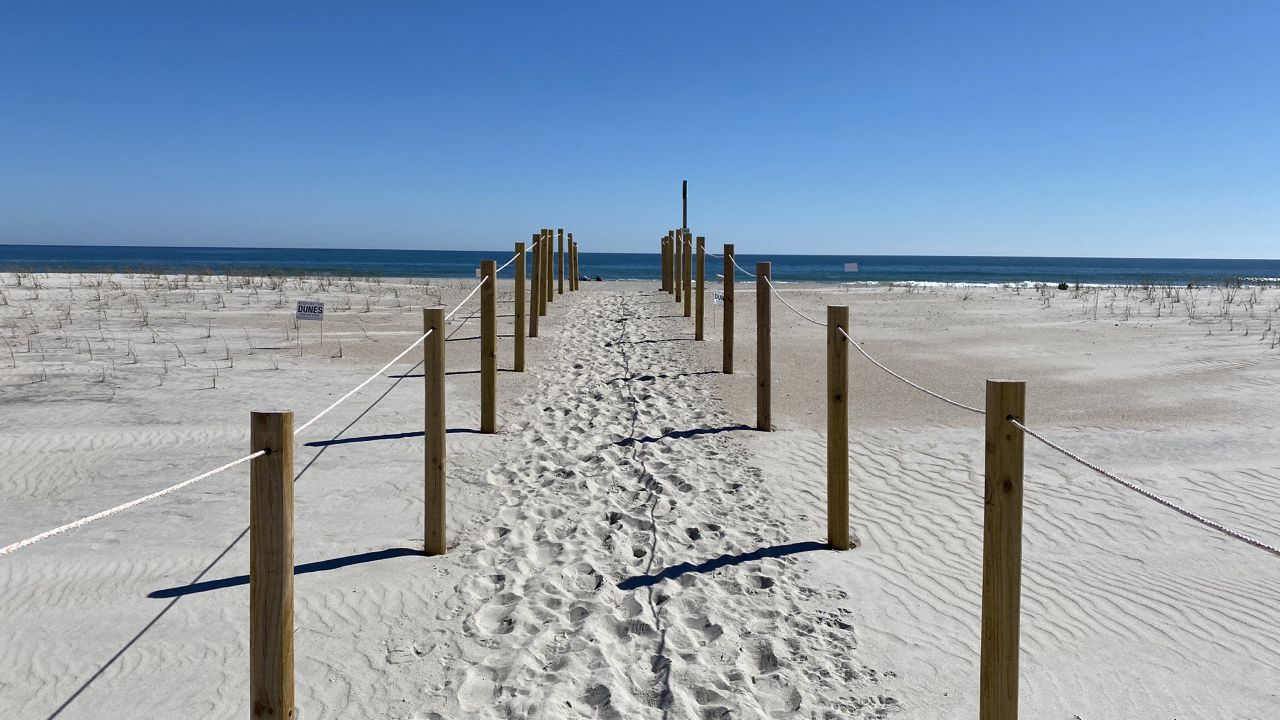 TOPSIAL BEACH, NC — Another “royal tide” is coming to Topsail Beach in North Carolina, where the moon, full or new, is closest to Earth, and tides can be extreme.

Topsail Beach officials say king tide is a term people often use to describe “unusually high tides.” There are also concerns about flooding and erosion caused by the tides during this period.

The tides can change during the gravitational pull of the moon and sun, and officials say that during the king tide the swell will be higher and lower than normal.

“These King Tide events are important because they show what average water levels could look like in the future based on sea level rise projections,” city officials said. “As water levels rise along the coastline, high tides can extend further inland and lead to local flooding.”

During a storm, officials warn that a rising tide can cause extreme storm surge.

A perigee spring tide, a type of king tide, occurred at Topsail Beach between May 15 and 19.

A perigee spring tide occurs when the moon is closest to Earth during a spring tide, i.e. when the “syzygy” effect causes an increase in the amplitude of the tides.

Syzygy is the linear alignment of the sun, moon, and Earth that occurs during the new and full moon and causes gravitational pulls.

Other impacts along the coast that may occur include:

Some beachgoers commented on Topsail Beach’s Facebook post about when they prefer to hunt for shells or shark teeth.