As the morning high tide recedes, another high tide is expected at peak time on Tuesday 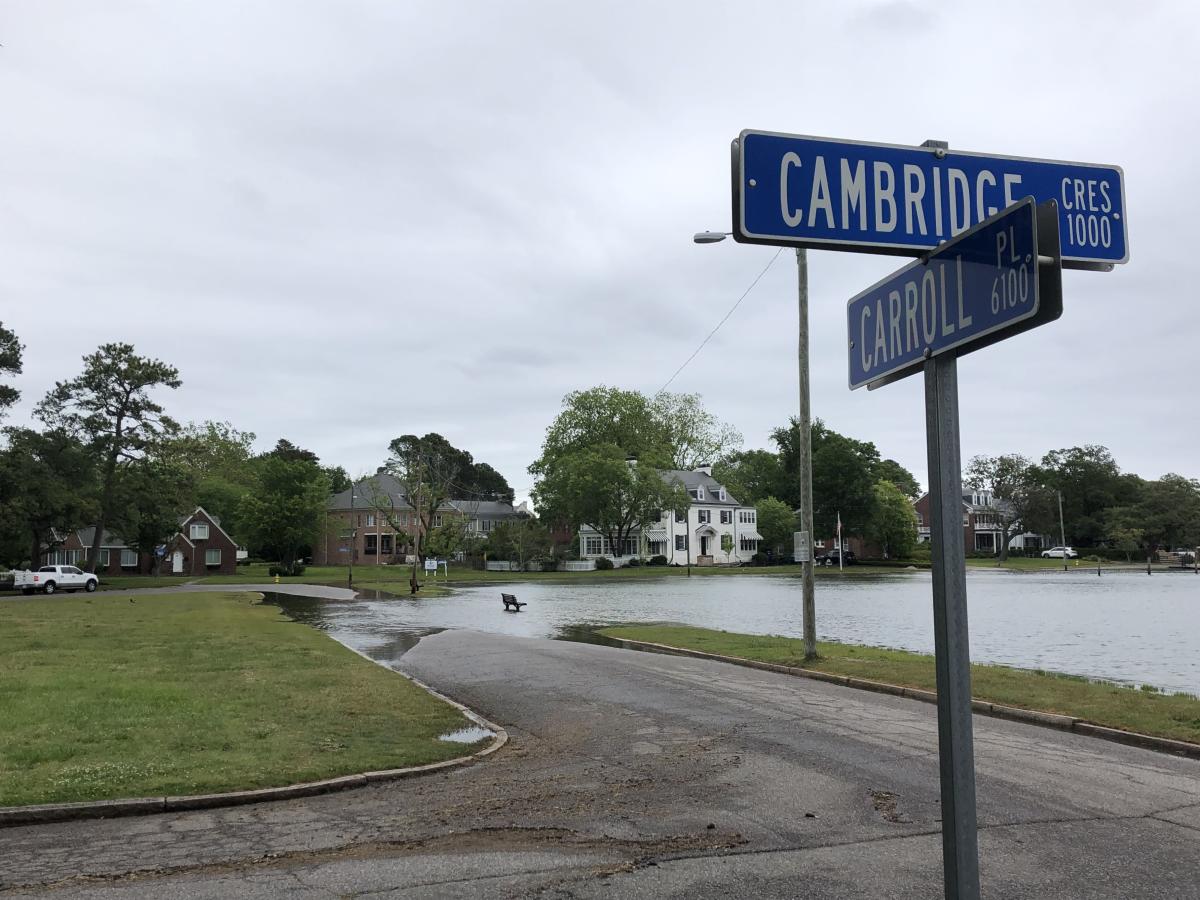 As the morning high tide recedes, another high tide is expected at peak time on Tuesday

Tidal flooding affected roads in Norfolk along the Elizabeth River and from Little Creek to Ocean View during high tide on Tuesday morning – with another wave of high water expected during afternoon high tide.

Reports of flooded streets began coming in at 5:18 a.m., with flooding eventually reported on at least 20 streets by 7:30 a.m., according to the city’s internal storm tracking system.

The only flood gate expected to close in Norfolk on Tuesday is the Nauticus swing gate near the USS Wisconsin, according to city management analyst Alana Smith. The Nauticus Gate is the only flood gate that will be actively monitored throughout the week and can be opened or closed as needed, Smith added.

The tidal surge began on Sunday following strong winds and follows heavy thunderstorms over the weekend. The National Oceanic and Atmospheric Administration recorded Tuesday morning’s high tide at Sewell’s Point in the James River at around 5 feet 6 inches, with a similar tide level expected at high tide Tuesday afternoon.

Morning highs are easing but are expected to peak at 5:18 p.m. Tuesday afternoon, “so stagnation on the roads should again be to be expected during the afternoon rush hour,” Jim Redick said. , Director of Emergency Preparedness and Response.

Roads near the coast in Hampton were also affected Tuesday morning. These included Old Buckroe Road, Beach Road, LaSalle Avenue at Home Depot and in the Howe Farms and Riverdale areas, according to Robin McCormick, a Hampton spokesperson. McCormick explained that flooding in these areas was caused by higher than normal high tides brought on by heavy rain and wind over the weekend.

“High water is receding, but the same areas will likely be covered in water again around 5 p.m. high tide,” McCormick said in an email. “Residents are asked not to cross an area covered with water.”

In Norfolk, Redick explained that a tide height of 5ft 6in would not produce flooding outside the norm for the area, but as it gets closer to 6ft the flood would spread into areas that are not used to it.

The roads where flooding was reported Tuesday morning are among the streets that typically experience flooding, according to a Norfolk Dispatch Supervisor. They include Boush Street and West Olney Road, which were the first to flood in Norfolk, followed by Botetourt Gardens and the 4100 block of Llewellyn Avenue. The 6000 block through the 6500 block of Hampton Boulevard was also reportedly flooded at 5:29 a.m.

For more information on flooded roads in Norfolk, city officials encouraged residents to check out the Waze navigation app. The city launched a pilot program with Waze in January to help local drivers navigate during floods.

Newport News and Portsmouth had no reports of flooding, according to dispatchers.