At least 85 days of high-tide flooding per year in Norfolk by 2050: NOAA 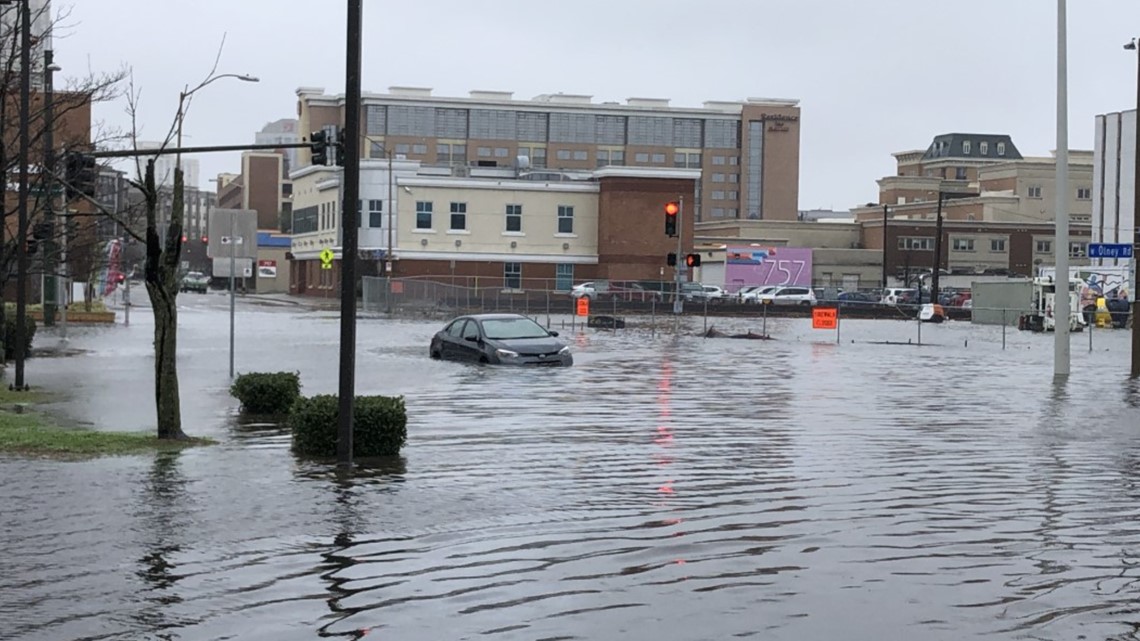 At least 85 days of high-tide flooding per year in Norfolk by 2050: NOAA

The measurement came from a tide gauge at Sewells Point, one of 97 along the US coast that NOAA monitors to detect changes in high tide flood patterns.

NORFOLK, Virginia – Author’s note: The video above explains the impact of climate change on the weather. It was released on July 27.

Let’s face it: for those who live in Hampton Roads, flooding can be very annoying.

Besides the obvious threat to life and property, tidal flooding requires occupants of the 757 to adapt a bit, such as parking a car at an upper level or finding a new route to get to work.

But if you think it’s bad now, it’s gonna get worse, according to new data from the National Oceanic and Atmospheric Administration (NOAA).

The measurement came from a tide gauge at Sewells Point, one of 97 along the US coast that NOAA monitored for changes in high tide flood patterns between May 2021 and April 2022.

This data was used to provide flood outlooks for these locations through April 2023 and projections for the next few decades. Norfolk isn’t the only place to see greater tidal flooding, according to NOAA.

Reedy Point, Delaware experienced six days of high tide flooding in 2022, one more event than in 2021. Additionally, the water level station at Springmaid Pier, South Carolina, near Myrtle Beach , equaled its 2021 record with 11 days of flooding at high tide.

Not far from Norfolk, Kiptopeke on the east coast experienced nine days of high tide flooding in 2021 and is expected to have 55 to 85 days by 2050.

NOAA has attributed the increase in high tide flooding – also known as “king tides”, “nuisance” or “sunshine” flooding – to decades of sea level rise, which is driven by climate change.

“High tide flooding is becoming increasingly common and damaging in many parts of the United States,” NOAA Administrator Rick Spinrad said in a press release. “As part of NOAA’s work to build a climate-ready nation, we will continue to provide coastal communities with the information needed to anticipate, prepare for, and respond to increasingly frequent high-tide floods.”

Hampton Roads is particularly prone to sea level rise due to subsidence of already low-lying land, the slow subsidence of land resulting from the removal of large amounts of groundwater.

While the sinking rate is a few millimeters per year, subsidence and sea level rise exacerbate flooding when it occurs. Flooding poses a threat to many things in Hampton Roads, including military infrastructure, schools, hospitals and people’s property, according to sealevelrise.org.

To combat the flood problem, Virginia has the Community Flood Preparedness Fund (CFPF) which provides support to regions and localities in Virginia to reduce the impacts of flooding, including flooding caused by climate change.

In addition, the state government released the Virginia Coastal Resilience Master Plan in December 2021, which outlined steps to adapt to coastal flooding issues.