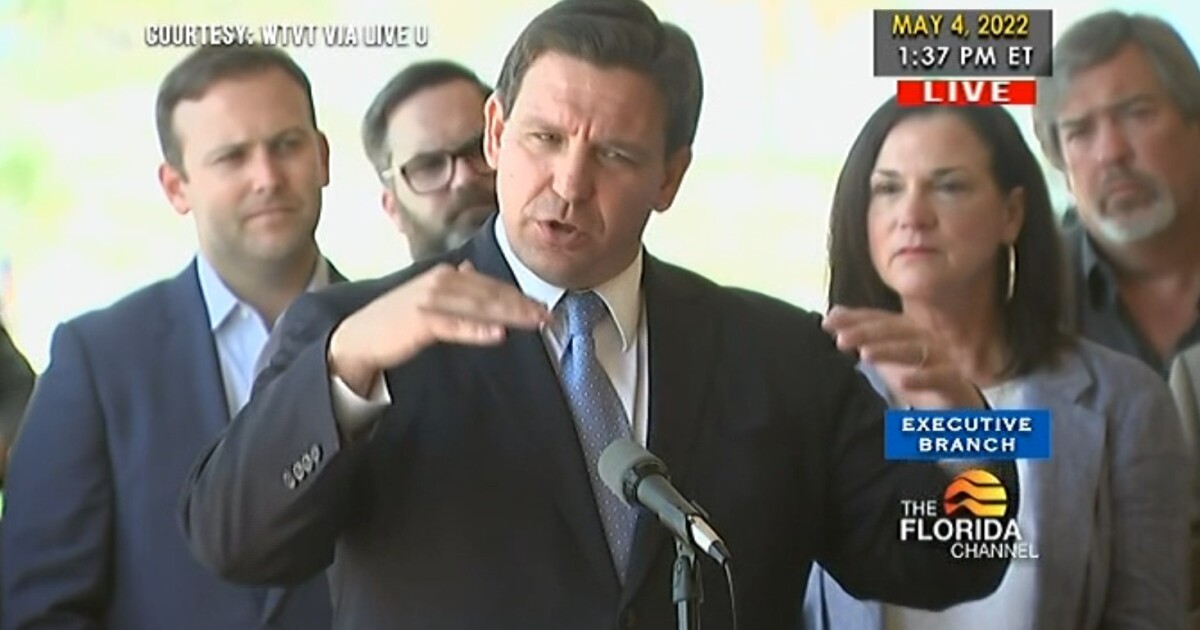 Gov. Ron DeSantis on Wednesday pledged millions of dollars in state money to fight red tide across the state.

Much of the $14 million will remain in the greater Tampa Bay area.

Nearly $5 million will go to the Fish and Wildlife Research Institute at the University of South Florida campus in St. Petersburg. And $3 million will go to research into red tide mitigation technology at the Mote Marine Laboratory in Sarasota.

The governor spoke at a news conference in Clearwater Beach.

“Once we made this announcement today, over my four years, we went from $2.5 million to $40 million for these efforts.”

“And this initiative brings together the best and brightest scientific minds, not just from the state of Florida, but from around the world,” Crosby said. “We use innovative approaches and ecologically compatible methods to mitigate the harmful effects of the red tide.”

Crosby said they were working on 25 projects to help stem the advancing red tide.

The announcement came a day after DeSantis announced that $20 million in Resilient Florida funds — which came in part from federal stimulus money — will go to help combat the effects of rising seas and of climate change.

Pinellas County will receive $700,000 in state money to help pay for the citywide assessment of its vulnerability to sea level rise and climate change.