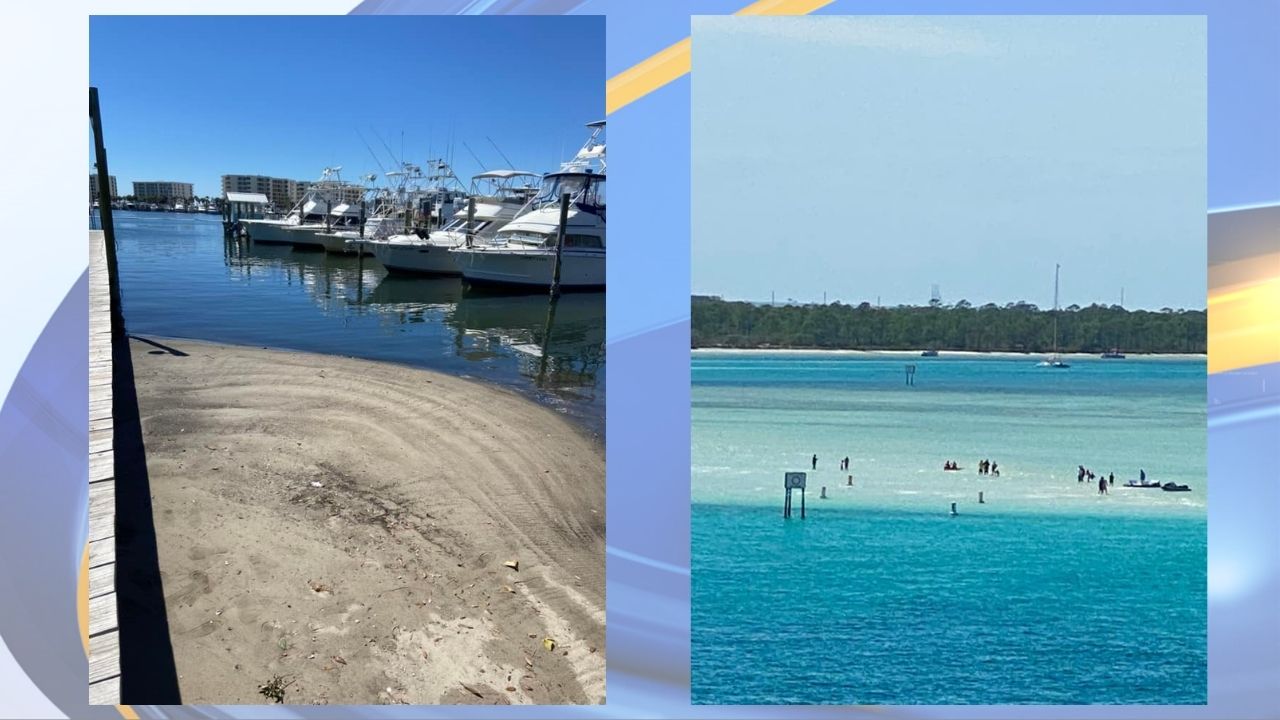 DESTIN, Fla. (WKRG) – People have been spotted on a very rare form of Crab Island this week in Destin, Fla.

On Sunday March 13 and Monday March 14, people walked on dry sand and in ankle-deep water at the famous tourist sandbar.

Dozens of K-9s dazzle and participate in USPCA field trials

Some residents said they had only seen the water this low perhaps five times in 30 years.

The National Weather Service (NWS) in Mobile said the water may drop lower during the winter months with a strong northerly wind pushing water into the gulf.

“Yes, these very strong winds in the wake of the weekend cold front have produced abnormally low tides in much of the region. We’ve seen that and the tide gauge readings around Mobile Bay and Pensacola and just that persistent northerly wind has really pushed the water you know, out of the shallower areas and that’s why some areas have seen those levels very low due to strong winds.”

Beamen said that in addition to the winter months, tropical storms can bring strong northerly winds that impact tides.

“We get our strongest northerly winds offshore during, you know, through the winter through early spring with our storm systems and stronger cold fronts and that cold front was very strong. We had 40-50 mph gusts of wind in the wake of the front, which is the upper limit of what we’re seeing here, which certainly contributed to those low water levels. You know, in the summer you really have to be on the west side of a strong tropical system where you would have a really strong north wind. But our most typical cases are in winter, early spring.

Beamen said there was no real threat to people from low tide levels. However, less water in the harbor can cause problems for boaters.

“Maritime interests become an issue, so you know if you have low water levels that can affect marine traffic. That’s probably the biggest danger in this kind of situation.”

Another storm rolling in on Tuesday raised the water level.