Flood-stricken Venice hit by another high tide, leaving most of the city underwater | The Independent 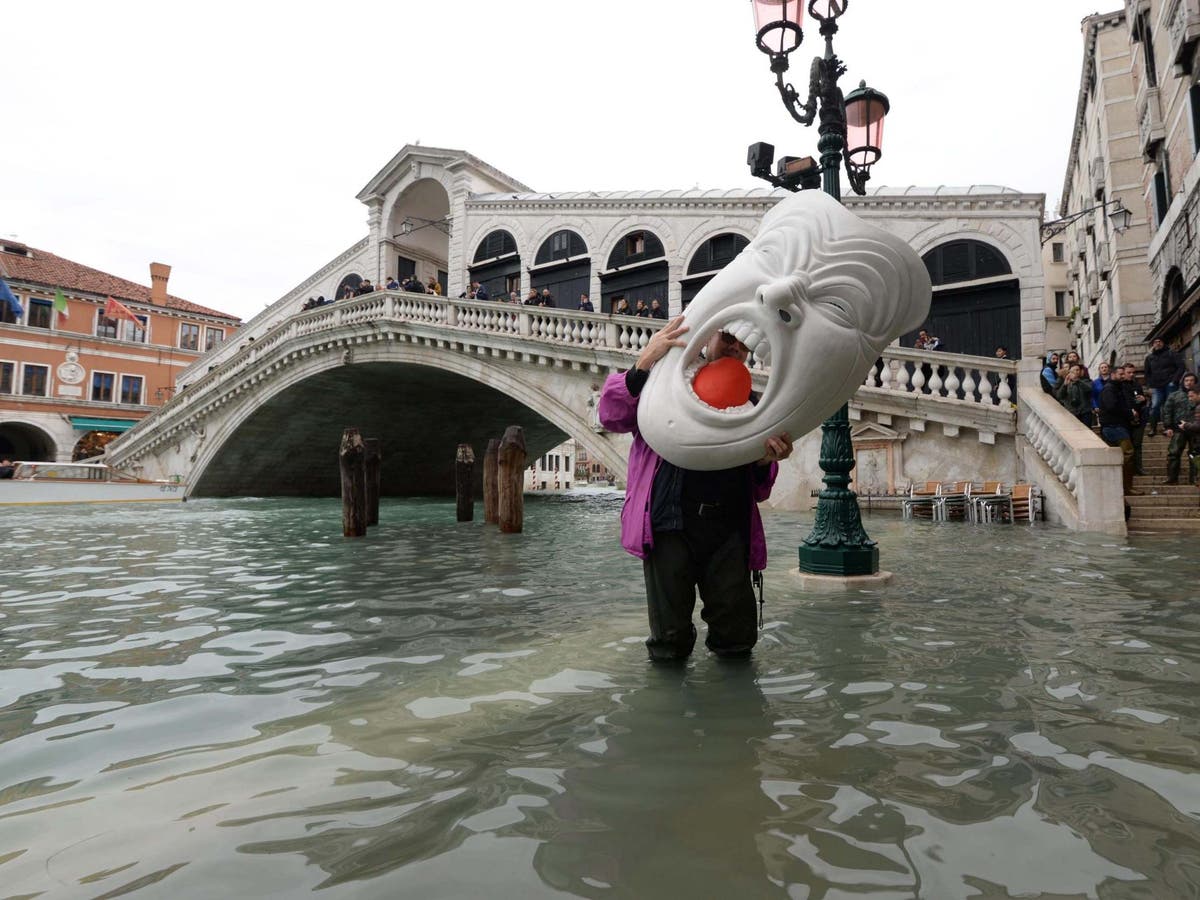 Flood-stricken Venice hit by another high tide, leaving most of the city underwater | The Independent

Venice was hit by another high tide, leaving nearly 70% of the city inundated, according to city officials.

Venice was still covered in water on Sunday. St. Mark’s Square has been closed to pedestrians and water levels have risen in Venice’s Old Town, according to the Il Gazzettino newspaper.

Shops and museums were mostly closed in the hardest hit area around the famous square, but tourists donned high rubber boots or even waders to witness and photograph the spectacle.

The city was 69% flooded, the center said in a press release.

A high tide is expected to reach a maximum of 160cm at 1:30 p.m., the city’s tide forecasting center warned.

The peak turned out to be 10 cm lower and was recorded at 1:10 p.m. local time at Punta della Salute.

High tides are forecast for the next few days, but Sunday will be the worst flooding, the center said.

“150cm peak at Punta della Saluta,” he said. “Venice is getting ready to leave.”

Earlier this week, 85% of Venice was under water after severe flooding.

Water levels peaked at 1.87m at one point, the second highest tide on record for the Italian town.

The floods in Venice were the worst in half a century and killed two people.

Associated Press contributed to this report