Floods in Venice: A third exceptional high tide hits an Italian city and threatens priceless works of art and architecture 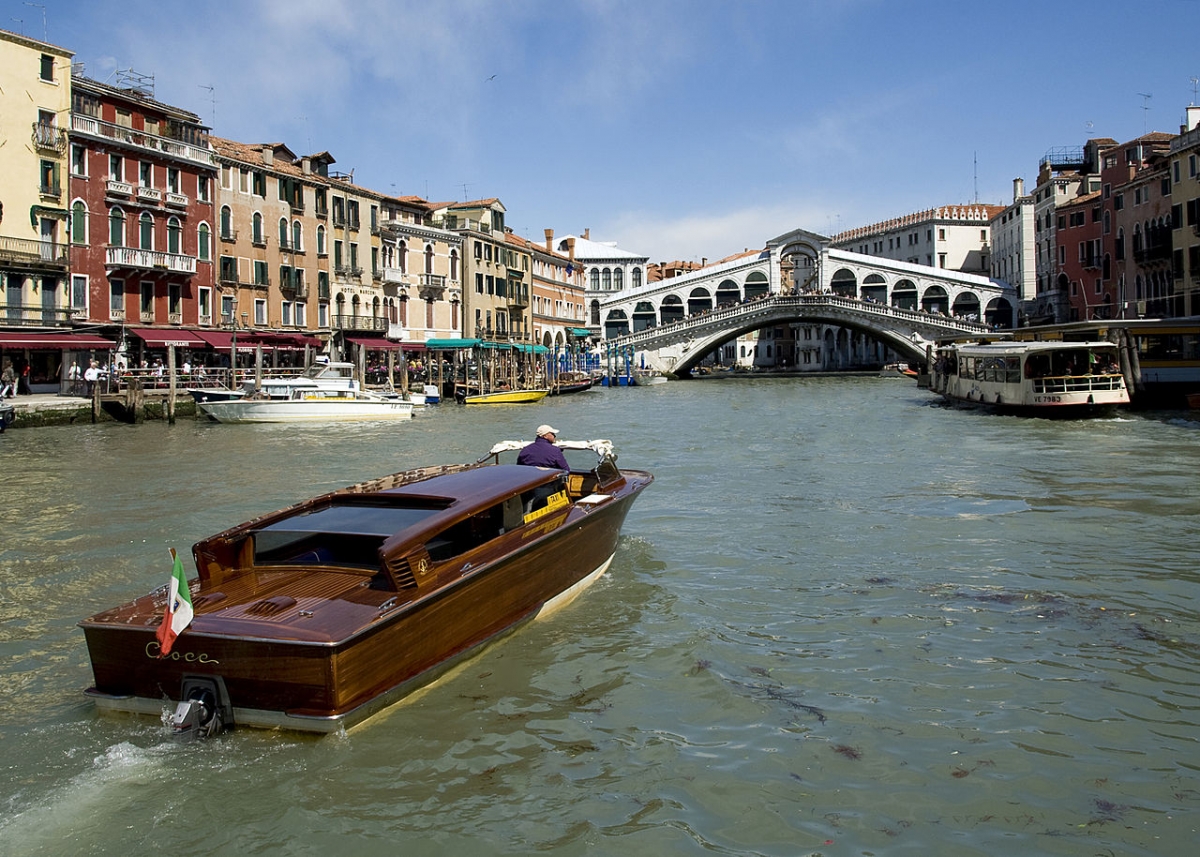 Floods in Venice: A third exceptional high tide hits an Italian city and threatens priceless works of art and architecture

Reeling from devastating floods this week, Venice suffered another exceptional high tide on Sunday November 17 with water peaking at 150cm (4.9ft), marking the worst week for the city since the statistics were released. official tides in 1872. The town center for tide forecasters had warned that the tide could reach 160cm on Sunday and the high mark reached at 12:10 GMT was not far off that.

Water flooded St. Mark’s Square and hundreds of volunteers were helping citizens deal with the emergency. The city beloved around the world for its canals, historic architecture and art, was hit by a high tide of 187cm (6.14ft) on Tuesday. This was just short of the 194cm record set in 1966 and caused the city’s worst flooding in 50 years. Under normal conditions, tides of 80-90cm are generally considered high but manageable.

With four tides above 140cm since Monday, it is the worst week for high tides in Venice since 1872, when the first official statistics were produced. Mayor Luigi Brugnaro, who was appointed special commissioner to deal with the emergency, estimated flood damage in the city since Tuesday at around 1 billion euros ($1.10 billion).

Authorities in Florence and Pisa were also closely monitoring the Arno River, whose water levels were rising rapidly overnight due to heavy rain. Italy’s longest river, the Po, which flows through northern Italy through Turin, was also being watched after its level rose by 1.5 meters in the past 24 hours due to heavy rain.

As historic floods inundated Venice more than half a century ago, a reader in Scotland worried about the fate of the “amazing, but soon to be endangered” Italian city. “Now is certainly the time to draw attention not to Venice’s cats but to its buildings, which are slowly but surely falling apart,” the reader wrote. “Once the ‘Pearl of the Adriatic’, undoubtedly one of the wonders of the world, stucco now stands out from its palaces. … Is anyone going to do something soon?”

Earlier this week, Venice faced another monumental ‘acqua alta’ or ‘high water’, this time just inches from the 1966 record. Dispatches from the scene described people strolling around in cheap rain boots as they walked in single file on elevated walkways over flooded plazas or waded through knee-deep water. About 70% of the city was submerged and Venetians suffered another bumper tide on Sunday, the AP reported.

Flooding in Venice is not just an inexpensive inconvenience. Named a UNESCO World Heritage Site in 1987, Venice is home to priceless works of art by Italian Renaissance masters such as Tintoretto, Giorgione and Titian; historic basilicas; and a unique lagoon-based metropolitan lifestyle for approximately 50,000 residents. Experts say it’s also a sobering insight into how climate change, accelerated by human behavior, will not just complicate Venetians’ unique and fragile way of life, but wash it away entirely.

“Venice is underwater. Other European cities could be next’

“The disaster that struck Venice is a blow to the heart of our country,” Italian Prime Minister Giuseppe Conte said in a statement on Wednesday. “It hurts to see the city so damaged, its artistic heritage compromised, its commercial activities on their knees.”

More than half a dozen popular sites were damaged by the latest flood, including the 11th-century Basilica di San Marco; Palazzo Gritti along Venice’s Grand Canal, a private residence transformed into a luxury hotel; and the Venetian-Gothic style Doge’s Palace.

Workers assessing the damage caused by corrosive and salty floodwaters on the ancient marble floors of St. Mark’s Basilica have found chipped and missing marble parts. There are also concerns about long-term damage to the pillars supporting the structure – and some of the flooding damaged marble which was recently replaced after a series of intense floods in 2018.

“Worried about the basilica”

Mario Piana, who is leading the restoration, previously said the church was almost covered in a floor-to-ceiling mosaic of gold and marble, with much of the floor dating from 1094. ‘I’m worried about the basilica’ , said Piana. “The acqua alta doesn’t create immediate and obvious damage. Outside, you don’t see anything immediately. But it’s comparable to exposure to radiation. In a week, you lose your hair. In a year, you could be dead.”

Elsewhere in Venice, volunteers carefully leafed through pages of centuries-old sheet music that had been soaked by floodwaters. The Italian Society of Authors and Publishers said bookstores and libraries in Venice were “severely damaged”, according to the AP.

“Venice is used to being constantly surrounded by water, but that’s really something else,” Toto Bergamo Rossi, director of Venetian Heritage, told CNN. “The main problem is salt water. When salt permeates the materials of these buildings – whether marble, tile, plaster or wood – it crystallizes and rises vertically once the weather becomes drier. , from the ground to the first floor and so on. It’s almost like a cancer for these structures, especially since they are so old. It’s the whole wall system that can be affected.

Flooded Venice saw tourists taking selfies and locals in tears. The long-term outlook for Venice was bleak, according to Oppenheimer, who wrote about sea level rise in a recent UN report on climate change. Venice faces the dual threat of rising sea levels – which affects many coastal towns – and a sinking city. The weight of the city itself is compressing the ground beneath the archipelago, and the underlying base is losing even more volume as residents drain groundwater to drink it, Oppenheimer explained.

“Imagine you’re in a tub and gradually lower your body into the tub as the water level rises,” he said. “You’re covered pretty quickly.” Venice will see this cycle accelerate over time. According to Oppenheimer’s Intergovernmental Panel on Climate Change report, “extreme sea level events” that have occurred once every 100 years are expected to occur once every six years from by 2050. By 2100, this will accelerate to once every five months.

“The safest thing to say is that, until 2050, climate change and sea level rise are more or less integrated: what we are going to get, we are going to get, and the reduction of emissions won’t have much of a salutary effect in reducing the magnitude of sea level rise,” Oppenheimer said. After 2050, Venice’s prospects will depend on what humans have done to reduce the carbon emissions that are accelerating climate change.

“When you go beyond that, it starts to make a bigger difference if we have a high emissions world or a low emissions world,” he said. The work can be moved; the marble floors of churches are less so. The historic structures could remain a draw for years to come, but Oppenheimer said without actual inhabitants, Venice could become a beautiful old but empty city. “What we would lose is Venice as a real place to live.”