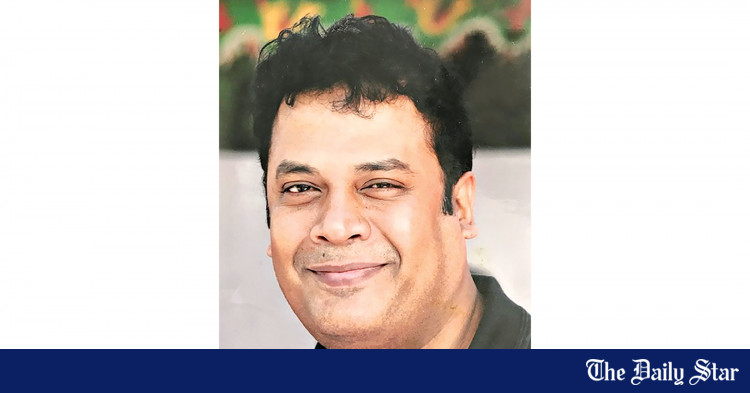 Through the end of May, our inbound remittances were $19.19 billion, down $3.6 billion from last year. With the current downward trend, in an optimistic estimate, we can look at nearly $21 billion by the end of the fiscal year, which would be 15% less year-over-year. But on the basis of this figure alone, will it be justified to conclude that the magic of remittances has worn off, that we can no longer afford to close the growing trade gaps and that we are rapidly embracing a future financial dark? Before siding with yes or no, let’s go back to the trend of remittance flows.

For all the latest news, follow the Daily Star’s Google News channel.

While we refer to the current trend in remittances as “decreasing”, we must not forget that this increase was somewhat unnatural. This is why, it was inevitable to fall from this cliff, to settle at a lower point, to regroup and to start the climb again

While we refer to the current trend in remittances as “decreasing”, we must not forget that this increase was somewhat unnatural. Therefore, it was inevitable to fall off this cliff, to settle at a lower point, to regroup and to start the climb again.

Market forces that traditionally prevailed, but disappeared during the pandemic, are now fighting back. One of these strengths is alternative money transfer channels. The whole hundi racket has fallen into oblivion since April 2020, the money has come mainly through banking channels and we have accumulated almost 25 billion dollars. But the bad boys are back on the streets now and the Tk 6 to Tk 7 spread between bank rates and the curbside market is only fueling the fire.

Did the government not react?

Some economists may not have approved of the way the central bank acted in the face of the rising US dollar rate in the unofficial market and then changed its actions, but one thing is certain is that the government cannot be blamed for its inaction. The government has also allowed unlimited fund transfers without requiring supporting documents since May 23. In addition, we have heard that the 2.5% incentive will increase in the budget proposals.

If it is done, we will not hesitate to welcome the move. Suppose the receiving party collects 103.50 Tk for every 100.00 Tk remitted. Suppose also that we will reach $25 billion again in June 2023. How much additional expenditure will the government incur for this at the current exchange rate of Tk 89.90? This would be a subsidy of Tk 5,618 crore with 2.50% and with one more taka per hundred it would be Tk 7,866 crore. This is an additional grant of Tk 2,247 crore worth spending for the greater good of more people, to stabilize the forex market and to drive bad players off the ground .

The $25 billion forecast for the 2022-23 fiscal year isn’t based on the cash incentive alone. There are four other reasons why this is inevitable and will see a bigger increase in the coming years:

1. Oil-rich countries get richer as fuel prices skyrocket. We have the largest concentration of diaspora workers, around 55%, in this powerful mining region of Asia. As the size of their economies expanded, these nations would make changes in their wage patterns, a basic economic assumption.

2. Our government is relentless in facilitating employment across borders. The Bureau of Manpower, Employment and Training (BMET) website states that 7.34 lakh, 7 lakh, 2.17 lakh and 6.17 lakh new workers were sent to abroad in the last four calendar years respectively. In the first four months of this year, 4.26 lakh flew. This is a special year as we are dealing with pent-up demand (retained demand during the pandemic) from various countries. Combined with the decision at last week’s joint task force meeting with the Malaysian government to welcome 5 lakh employees in five years, total overseas employment by the end of December could reach 1 million. .

3. That people prefer safer, faster and more cost-effective ways of transferring money is common wisdom. The bank channel is safer than hundi. These days they are both fast, but over the last three months hundi’s performance is significantly higher than the official routes. The more the government truncates the difference, the fewer and fewer people will use the risky medium.

4. Last but not least, BMET may consider incorporating the tax factor of remittances channeled through banks into its training sessions for outgoing workers. If you send the money officially, you don’t pay a pie as tax but you can put it in your tax record and earn millions of white money in the process. In contrast, while your closest relatives receive your remittance through illegal channels, no one can put it in the tax records, neither you nor the recipient. Money can be used now, but can also be called into question at some point.

The dilemma of skeptics

There is a not-so-popular but living school of thought that when a government pampers its shippers with incentives or otherwise, a toxic cycle of unearned revenue can unfold. How? Well, it’s a three-step action plan. You first amass illegitimate income, then send it overseas through informal means, and then bring it back as funds.

What a diet! Legitimizing illicit money without paying taxes is also a bit of the icing on the cake. All you need to run the project is a “brother” who lives overseas and who you can trust to hoard the money for a while and then redirect it to you.

Skeptics always bring this misconception to the fore whenever the question of more subsidies is raised. They say the effective addition of forex is negligible in this process.

There are also arguments that dismiss any skepticism. The most reasonable of these would be, what’s the harm if this really turns out to be a respite for illegal wealth acquirers? Forex always rolls over the country that could have been left out permanently. If the person in question has truly accrued unearned income, they would still be at risk for the trail of money they unknowingly leave behind.

Shippers are our unsung heroes. The fact that we have never valued them with dignity and honor is evident at our airports, on board the national carrier and in many cases at our embassies.

It is time to express our gratitude. A small step would be to add one more taka for every hundred taka they send in blood and sweat.

The opinions expressed here are personal. The author is a member of the Pacific Council on International Policy. He can be contacted at [email protected]