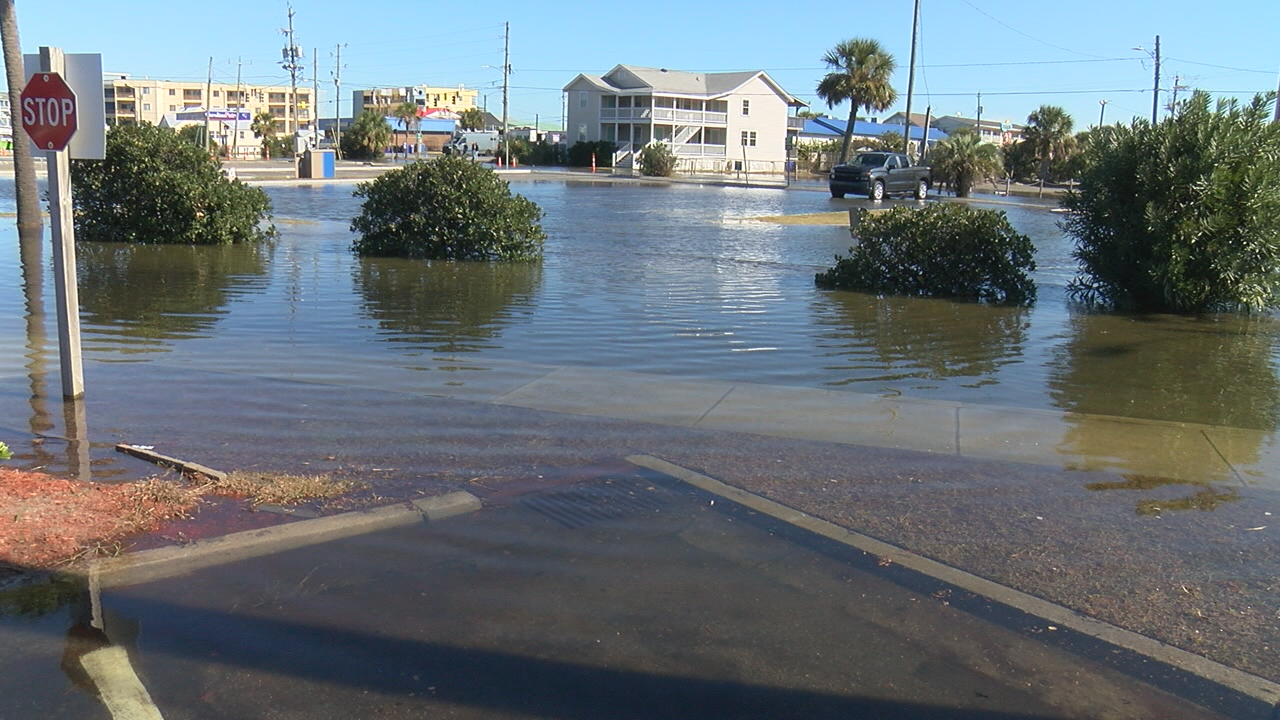 CAROLINA BEACH, NC (WWAY) — The Cape Fear experiences King Tides each year when the moon is closest to earth, causing the tide levels to rise. But the Wilmington National Weather Service says this year’s King Tide was elevated by bringing together the right ingredients.

“At the same time we had these King Tides, we had this non-tropical low form just off our coast,” said Victoria Oliva of Wilmington NWS. “We had astronomically above average tides as well as a strong low offshore which pushed the water inshore.”

On Saturday morning, Wrightsville Beach recorded its highest tide on record and not caused by a tropical system.

Oliva says that although the floods were bad, it could have been much worse.

“We were actually expecting a bit higher on Sunday morning,” Oliva said. “So we are very grateful that it did not result in the moderate flooding that we originally expected. I think the depression was a bit more off.

Tidal flooding blocked many roads for hours at a time, causing damage in a few places.

“We have heard of damage to vehicles in Carolina Beach due to coastal flooding,” Oliva added. “Someone in Wrightsville Beach told us it was the worst he had seen in about 35 years.”

Oliva says conditions will gradually improve as the low pressure area recedes, but we could still see effects for a few days.

“The tides this morning were slightly lower than yesterday,” Oliva said. “Then tomorrow morning you might see one last round of minor flooding. But I think by Wednesday we should be good.

Many scientists believe that events like the one this weekend could start to happen more often as climate change causes sea levels to rise.