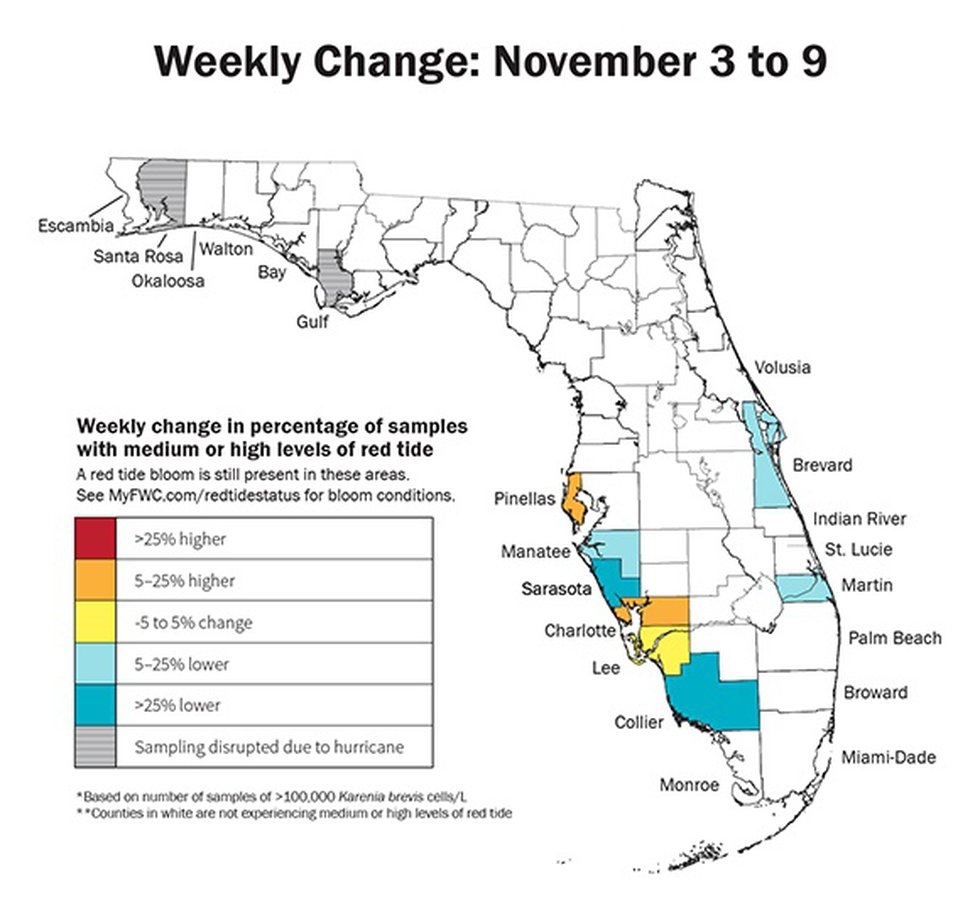 SARASOTA (WWSB) – After two weeks of increasing red tide concentrations along the Suncoast, samples have shown a general decrease – although it’s unclear how long this will last.

After Hurricane Michael crossed the Gulf of Mexico, the red tide all but disappeared from the shoreline. But over the past two weeks, the red tide has returned, being in high concentrations from Manatee counties to Charlotte counties and turning the sample map red.

In its weekend red tide report, released Friday, the Florida Fish and Wildlife Conservation Commission found that concentrations have generally declined in Manatee and Sarasota counties, while increasing in parts of Charlotte County. Added a bit more orange to the dot mix along the coast.

The good news is that if you’re planning on hitting the beach this weekend, the winds will come from the NNE, blowing the smells of the red tide towards the gulf rather than the shore. However, it will be cooler!

Fish kills and respiratory irritation have been reported in Manatee and Sarasota counties.

The USF-FWC Collaborative Red Tide Prediction Forecast for Pinellas in North Monroe Counties predicts net southward movement of surface water and southeasterly movement of groundwater over the next four days.