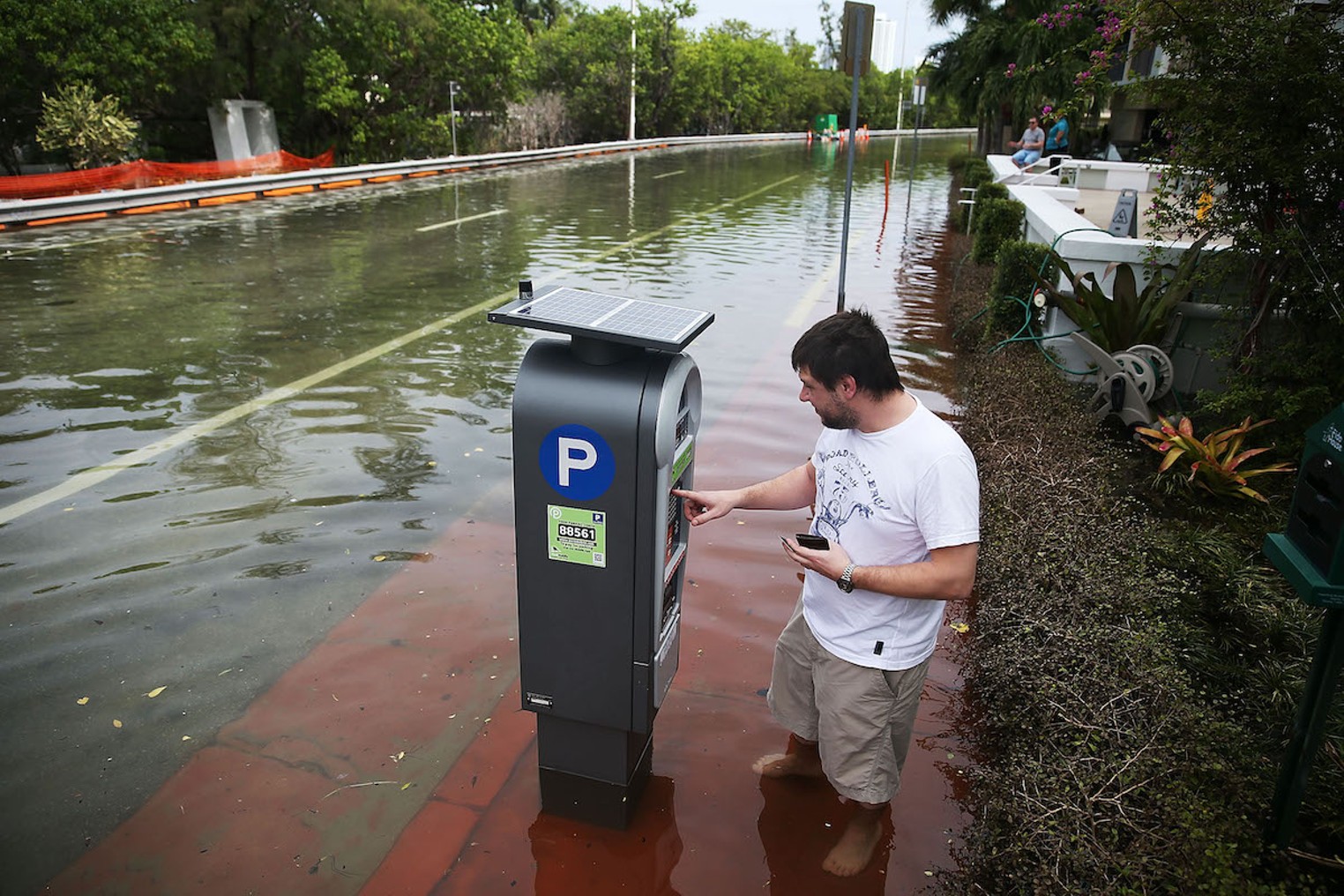 Dr. Seuss jokes aside, the nightmare of sunny weather flooding known as the royal tide is upon us once again. High tides are caused by the alignment of the sun and moon and their proximity to the Earth – gravitational attraction causes abnormally high water levels.

Low-lying areas of South Florida, especially along the coast, can expect to see flooded streets starting today. The high tides will peak this weekend and are forecast until next Thursday. Brian McNoldy, a weather researcher at the University of Miami’s Rosenstiel School of Marine & Atmospheric Science, tweeted that Sunday would see the highest tides of the year.

#Miami comes to the top of #KingTide season… the highest predicted tides of the year are September 29, but higher than normal tides will occur for several days around the New Moon on the 28th. Another comparable event around the next New Moon October 27. pic.twitter.com/ZXU8B8LTQu

Flooding in Miami Beach, where cars are often stuck and businesses pile up sandbags to keep water at bay, will peak Saturday and Sunday. The tides there will reach 3.27 to 3.78 feet, according to projections by the National Oceanic and Atmospheric Administration (NOAA). Consider investing in a kayak if you have to go somewhere important.

Are you ready for King Tides? Here’s a royal tide schedule and information on how to prepare: https://t.co/z6qvBFvC6h #MBRisingAbove pic.twitter.com/2vdkbSakR0

According to NOAA, high tides provide a glimpse of future average water levels as sea levels continue to rise.

Yesterday the United Nations Intergovernmental Panel on Climate Change released a grim special report on how the oceans will be affected by climate change. The report says global sea levels rose nearly six inches during the 20th century and are now rising at twice that rate and accelerating.