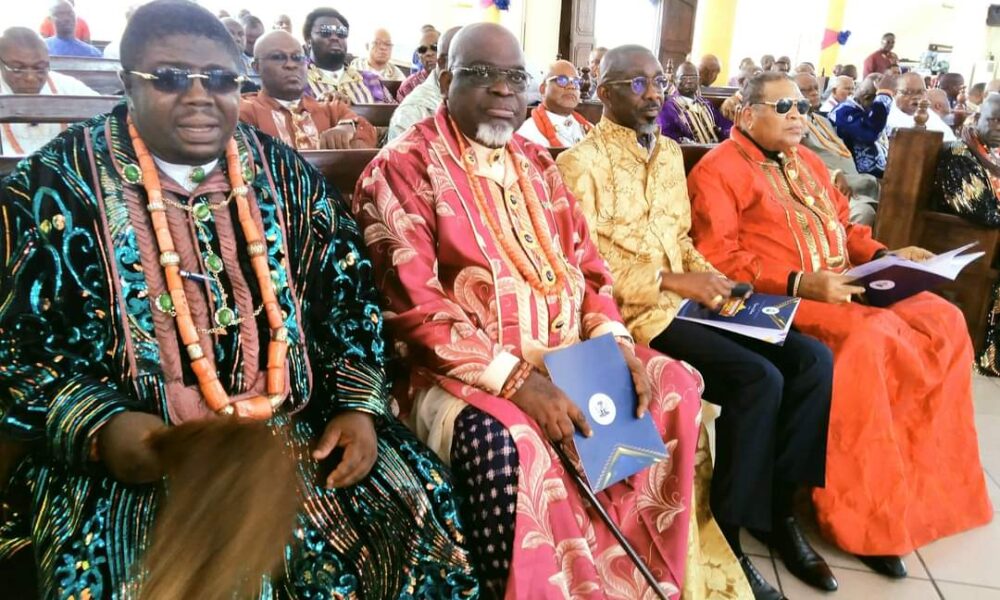 The Nigerian Navy, Central Naval Command (CNC) has organized free medical outreach for residents of its host community, Agudama-Epie, in the Yenagoa Council area of ​​Bayelsa State.
The program, which was part of activities commemorating the 66th anniversary of the Navy’s existence, included a free eye test and drink distribution, HIV test and dental checks.
The distribution of drugs and laboratory analyzes were also included in the medical awareness.
The Tide found that June 1 every year is set aside for the celebration of Nigerian Navy Day.
Speaking during the medical outreach programme, Flag Commanding Officer (FOC), CNC, Rear Admiral Idi Abbas, said the gesture was to further prove the command’s commitment to strengthening its community relations host.
He said the Chief of Naval Staff, Vice Admiral AZ Gambo had directed the Nigerian Navy Central Naval Command to conduct free medical outreach to his host community as part of of the celebration.
The FOC, CNC, which was represented by CNC Chief of Staff Commodore Clement Atebi, said free medical services offered by the Navy include “free eye tests and glasses, dental , with toothpaste and brushes, anti-malaria drugs and blood sugar test”.
He noted that the initiative was one of the ways the Navy was reaching out to the poor and needy in society.
“The Nigerian Navy takes this opportunity to fulfill its corporate social responsibility to the people, by marking its anniversary celebration. Our goal is to provide free medical services to the poor and needy in society,” he said.
Also speaking, the Supreme Ruler of the Agudama-Epie Community, King Gospel Aputapu commended the Nigerian Navy for providing free medical outreach to its people, urging the Navy to also grant quota to the host community during the recruitment exercise.
He also pointed out that the natives of the host community are willing and able to enlist in the Nigerian Navy.
The Monarch Agudama-Epie further called on the Nigerian Navy to assist the community in tackling the threat of insecurity, saying its willingness to do so would safeguard the lives and property of people and residents.
An eye test recipient, Mr. Emmanuel Otavie, 70, who was screened and given free glasses also praised the Navy for medical awareness.