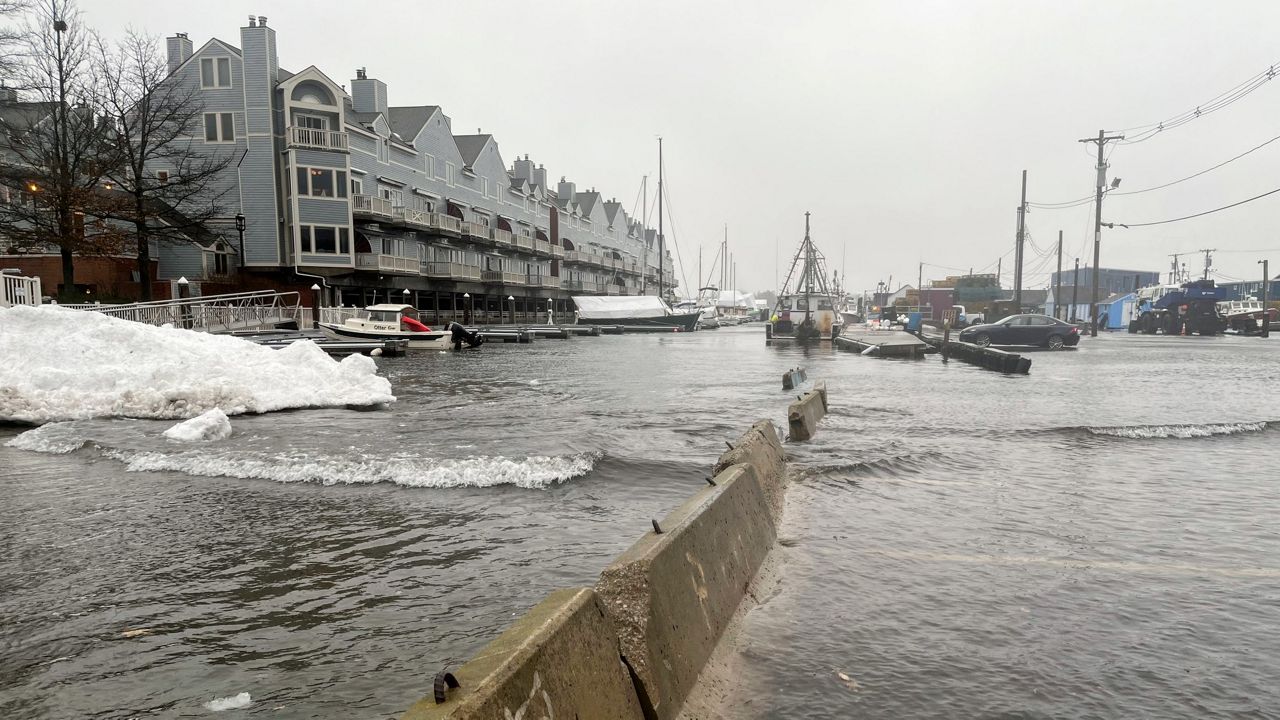 The high water levels that caused flooding in Monday’s winter storm were likely among the highest on record in Maine, giving a fraction of a glimpse of what rising seas from climate change will bring to communities coastal areas over the next few decades.

Streets, docks and parking lots were inundated on both sides of the Portland Peninsula late Monday morning, with 1 to 2 feet of water covering the Commercial Street docks and backing up through the Marginal Way storm drains.

Gayle Bowness, municipal climate action program manager for the Gulf of Maine Research Institute, stepped out to photograph the storm on the Portland waterfront, where she said she saw a truck attempting to navigate the water that was above its hood.

Monday’s 9.6ft high tide was not unusual in itself, Bowness said – but wind, rain and atmospheric pressure from the storm added a surge of 3ft or more, creating a “tide of storm” total at least 12.6 feet. Initial data shows the storm surge and surge could rank in the top 20 in the state.

“The water level has already exceeded flood stage for much of Maine, and then you add more waves on top of that,” she said. “So the water is moving inland a lot more than it normally would if it were to just go up with the tide and go down. We had wave action in places you wouldn’t normally see not.

Maine could see this type of water level as its highest monthly high tide by 2030 or 2040 due to climate change, Bowness said. Sea levels in the Gulf of Maine have already risen at least a foot since 1800, and state data shows the rise has accelerated sharply since the 1990s.

By 2050 – around the time today’s millennials approach retirement age – the Maine Climate Council has recommended that the state prepare for a sea level rise of 1, 5 to 3 feet. By 2100 – when today’s young children are old – it is said that the state should be ready for 4 to 8 feet.

Bowness said worsening storms caused by the warming effects of greenhouse gas emissions will add to the erosion and infrastructure problems caused by these higher sea levels, as with the storm surge. which fueled most of Monday’s flooding.

“Monday was a big storm, but it happened at low tide. What if a small storm comes when the tide should be 12 feet?” she said. to a major problem, and the frequency that we are somehow exposed and vulnerable to these storms that come in is going to increase dramatically.

In the short term, she said, this will require more resources and proactive measures from local authorities to close roads, warn people of the dangers and clean up after floods. Further afield, cities like Portland may need to consider zoning or infrastructure upgrades to fortify stormwater systems and protect most-at-risk riparian areas.

The One Climate Future Joint Plan for Portland and South Portland calls for 1.5 to 3.4 feet of rise in Portland Harbor and promises stormwater system upgrades and more resilience funding to help neighborhoods and local businesses to adapt.

Portland’s next highest high tide is expected to be around 11 feet at the end of this month.