Nigeria, others may continue to take on debt – Report 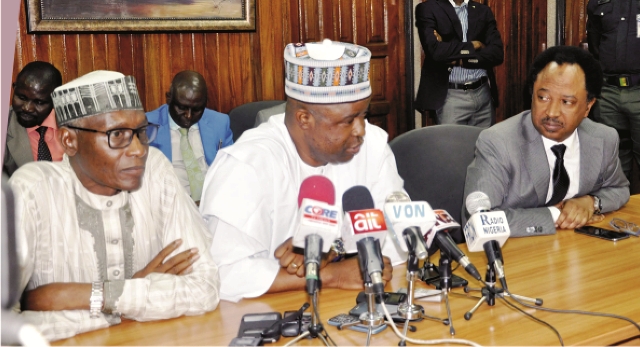 Nigeria, others may continue to take on debt – Report

The economic outlook for Nigeria and some other countries around the world appears clouded by high inflation which has dampened private sector optimism and weakened consumer spending.
According to a report by the Organization of the Petroleum Exporting Countries (OPEC), this is despite improvements in near-term fossil fuel prices, as reported in the economic outlook.
OPEC has indicated that this could increase uncertainty and cause persistent high debt levels in Nigeria and some other countries around the world next year.
In its new monthly oil market report for July 2022, OPEC reported that in May 2022, Nigeria’s composite consumer price index rose to 17.7% year-on-year from 16.8 % YoY the previous month.
In response to elevated inflationary pressures, the Central Bank of Nigeria (CBN) raised its policy rate by 150 basis points to 13%, bringing borrowing costs to the highest since April 2020.
“It was the biggest rate hike since July 2016, amid fears that lingering inflationary pressures were weighing on the country’s fragile recovery,” the report said.
Nigeria has been unable to increase its gross revenue despite rising crude prices and steady increases in OPEC production quotas.
The country’s production has recently fallen to around 1 million barrels a day, further worsening its chances of taking advantage of the Russian-Ukrainian war to earn more revenue.
OPEC’s forecast pegs global GDP growth in 2023 at 3.2%, assuming the ramifications of the pandemic, geopolitical developments in Eastern Europe and global financial tightening amid rising oil prices. inflation do not have a major negative impact on the growth dynamics of 2023.
He also assumed that the major economies were returning to their growth potential. However, OPEC said the downside risk exists.
“Global inflation continues to be a major concern, as well as the consequence of further monetary tightening measures by major central banks.
“The continuation of the pandemic into 2023 is another risk that could dampen growth depending on the extent of measures taken to reduce contagion.
“While labor markets are expected to remain tight, supply chain bottlenecks may not be resolved in the near term and high debt levels across the world may persist,” the report said.
Although OPEC said above-average fossil fuel prices support a decidedly positive outlook for the rest of the year, it did say that “concerns about soaring inflation would increase uncertainty l ‘next year.
Brent International reached $100.32 at 1:15 p.m. last Wednesday after falling and closing at $99.22 a barrel on Tuesday. However, at 12:52 p.m. Thursday, prices fall back to $99 a barrel.
OPEC’s warning follows a warning from the country’s Debt Management Office that Nigeria needs to generate significantly more revenue beyond current levels to avoid over-indebtedness.
A report says Nigeria lost a total of N4.2 billion in crude oil revenue in the first six months of 2022 due to its inability to meet daily OPEC production.
While the country’s oil revenue is on a downward trajectory due to weak production, its GDP grew by 3.11% year-on-year in the first quarter of the year in real terms, after growing by 3.98 % recorded in the previous quarter (Q4 2021).
Again, while the economy seems to be on a positive trajectory after the recession recorded in 2020, the recent economic reality seems to jeopardize the growth recorded.
For example, the rising cost of goods and services in the country has forced organizations to reduce working hours or even lay off staff due to soaring operating costs.

Experts say policy actions to curb the rising rate of inflation, triggered by the energy crisis, fuel shortages, among others, must be put in place, in order to avert what appears to be the third economic recession in only seven years.