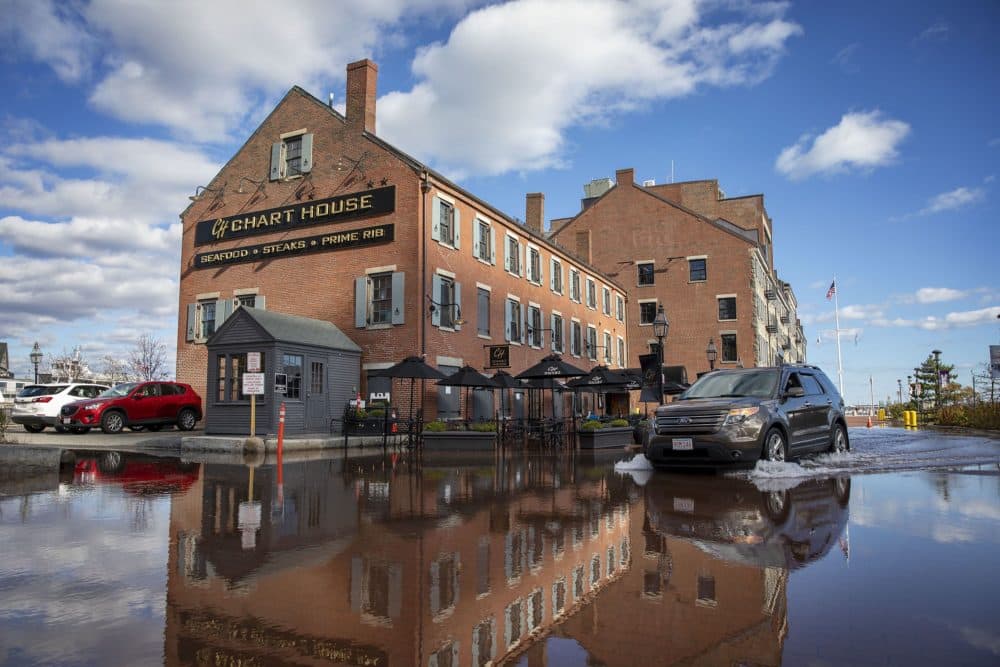 Boston saw 11 days of flooding at high tide last year and can expect 11 to 18 days next year, according to a report released Wednesday by the National Oceanic and Atmospheric Administration (NOAA).

Sometimes called “nuisance” or “sunny” flooding, flooding at high tide occurs when the tides reach between 1.75 and 2 feet above the average daily high tide and begin to spill out onto streets or boil over storm drains. There have been more and more in recent years, largely due to rising sea levels.

“Destructive flooding that only happened decades ago during a storm is now happening more regularly, even without severe weather,” Nicole LeBoeuf, director of NOAA’s National Ocean Service, told a conference in hurry. “High tide flood levels can become the new high tide in some places.”

“For the first time in human history, the infrastructure we build must be designed and built with future conditions in mind,” she added.

NOAA State of high tide flooding in 2021 and annual outlook documents changes in high tide flood patterns from May 2020 to April 2021 at 97 NOAA tide gauges along the US coast – including one in Boston – and provides flood outlooks for these locations through April 2022, as well as projections for the coming decades.

The number of floods in Boston did not break records last year – the city experienced 22 days of high tide flooding in 2009 and 2017, compared to 11 last year. NOAA oceanographer William Sweet, the report’s lead author, said Boston’s relative sea level actually fell about four centimeters last year, possibly due to unusual atmospheric conditions. And while it’s normal for sea levels to rise and fall a little each year, the overall trend is definitely on the rise.

“We had a little respite last year in terms of sea levels as well as storm activity,” Sweet said, but “indicators are all pointing to rising sea levels and more flooding in coming years”.

Fourteen coastal communities across the United States have set or tied high tide flood day records. Galveston, Texas; Corpus Christi, TX; and Bay Waveland, Mississippi — places that flooded 2 to 3 days a year 20 years ago — set a record of more than 20 days of flooding at high tide from May 2020 to April 2021.

The NOAA report predicts 20 to 35 days per year of high tide flooding for Boston by 2030, and 45 to 95 days by 2050. These long-term outlooks are based on the relative elevation range of the sea ​​level, using “intermediate” scenarios from the Fourth National Climate Assessment.

To learn more about how sea level rise is affecting Boston, check out all the features in our Boston Under Water series.