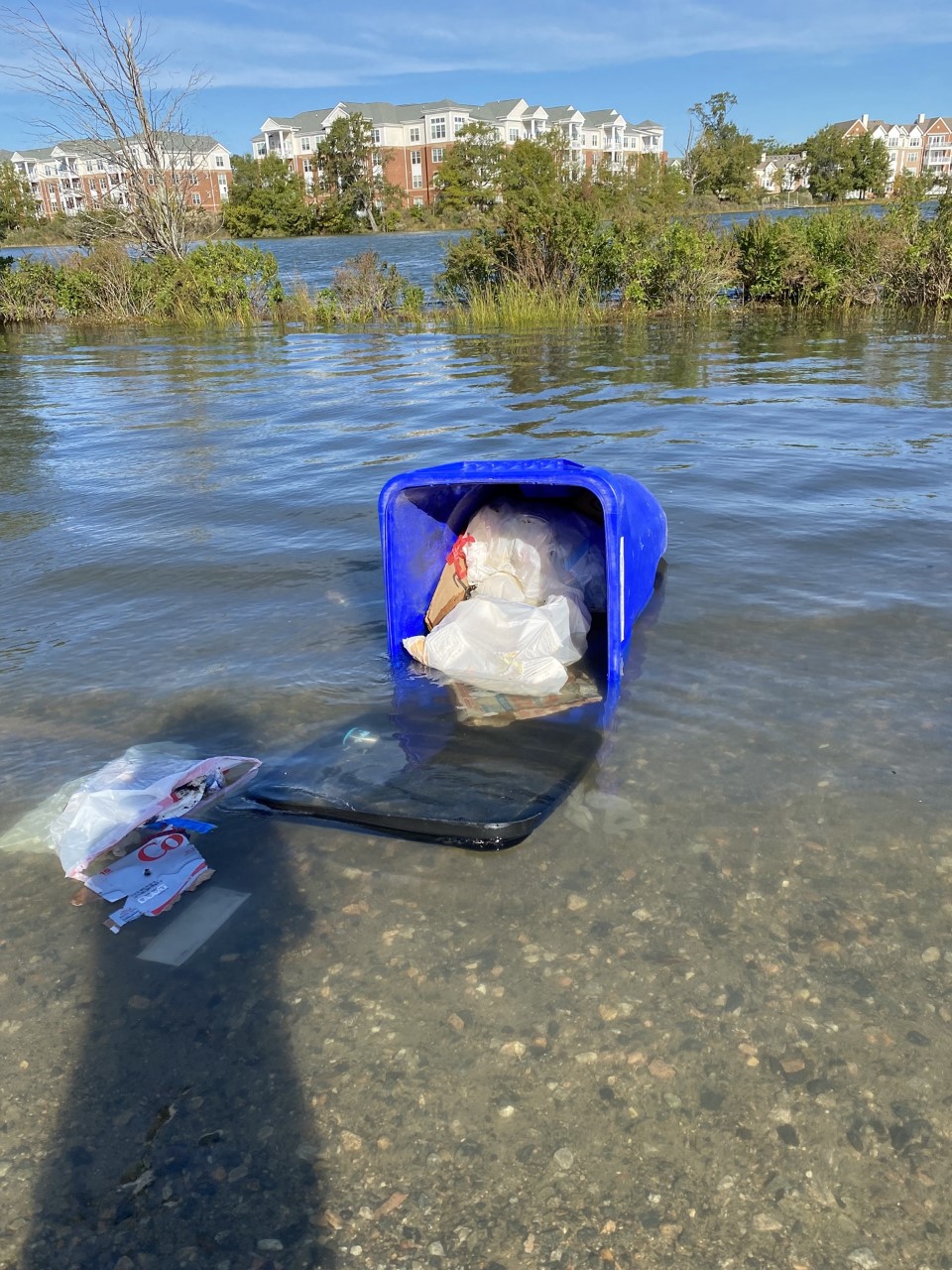 There are several royal tides each year in the Chesapeake Bay. And this past weekend, the southern bay experienced what you might call a super king tide. Strong northeast winds pushed more water on top of an already predicted high tide.

Thanks to a group of dedicated citizen scientists, researchers have more than 5,000 flood measurements from this weekend to help them study this recurring problem.

Tides are influenced by the sun, moon, wind and geographical features. The moon plays a big role. Approximately every 28 days, the moon reaches perigee, when it is closest to the earth. This is when we get the highest tides. The term royal tide is unscientific, but is a nickname for these large perigee tides. Last weekend, the south of the bay had a royal tide with a good wind from the northeast at the top. This produced more than the predicted high waters.

In tidal waters, high tides often create what are called “nuisance” floods. Courtyards and lower streets are temporarily flooded at each high tide. If you watch the local news, you’ll likely see video clips of frequently flooded areas, like the Chrysler Museum area in Norfolk.

But there are more problems with high tides than just inconveniences. “High tides increase pollution,” says Chris Moore, senior regional ecosystem scientist at the Chesapeake Bay Foundation. When yards and streets are flooded, the floodwaters pick up pollutants such as lawn chemicals, animal droppings, and oil and gas from the streets. “This flood shows the importance of reducing pollution of land near watercourses. It also highlights the importance of buffer zones along roads and yards,” Moore said.

Casey Shaw, base coordinator for the Elizabeth River project, also stressed the importance of keeping pollution out of the reach of spring tides. She emphasized picking up waste from pets, as well as securing trash cans so they don’t float or tip over, releasing waste into waterways.

While most people stay indoors during a royal tide storm combo, volunteers in boots measured the tide over the weekend. The “Catch the King” tidal program is billed as the world’s largest voluntary environmental survey. In November 2017, water levels were measured at nearly 60,000 locations by 722 volunteers, earning the survey a spot in the Guinness World Records book. Scientists use this detailed information to fine-tune their computer models, so that future water levels and flood events can be predicted more accurately. This will be particularly important for riverside communities, as flooding will become more frequent in the future. The program is managed by the Virginia Institute of Marine Science (VIMS).

During last weekend’s super tide, VIMS program manager Dr Derek Loftis reported that more than 100 people collected more than 5,000 GPS-recorded high water marks and collected more than 150 photos via the Sea Level Rise app. Many more have been posted on the “Help Catch the King Tide!” Facebook group. Loftis says VIMS is testing a new free app that should be available soon.

You can see the results of the King Tide program online. Interactive maps quickly reveal flood zones. You can also register as a volunteer.