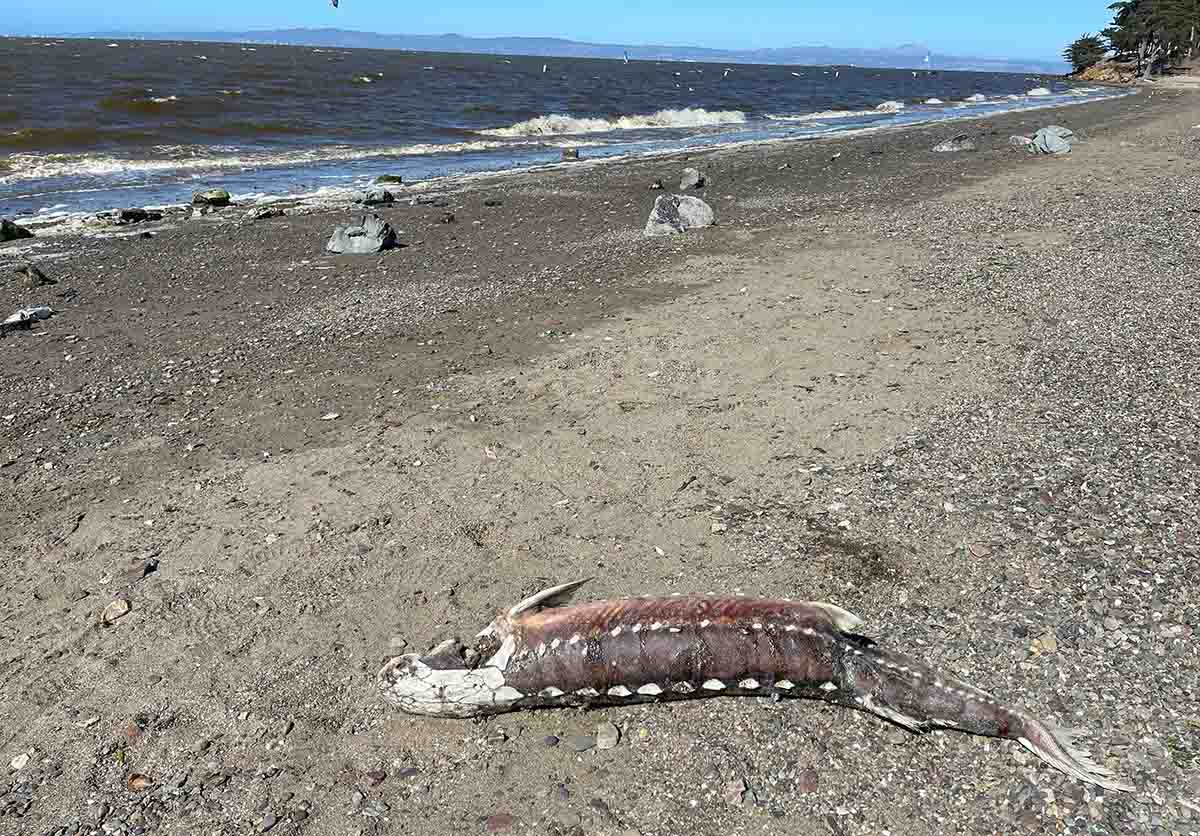 A harmful algal bloom known as “red tide” has been spreading since July in San Francisco Bay and its surrounding waters. As water temperatures rose in late summer, the red tide has reached toxic levels and is killing unprecedented numbers of fish and other marine life, according to experts on site.

USA Today reports that large numbers of white sturgeon, striped bass, rays and crabs have died in San Francisco Bay. Fish kills were particularly severe in Lake Merritt, a tidal lagoon on the eastern shore of the bay near Oakland.

“This species [of algae] is associated with fish kills elsewhere,” fisheries ecologist Jon Rosenfield, who works with San Francisco Baykeeper, told The Stockton Record. “It’s unclear whether the bloom causes a drop in dissolved oxygen or produces a toxin that kills the fish, or both.”

Either way, the result is rotting fish carcasses littering the shores of the bay and creating an environmental health hazard, not to mention the putrid odors given off by the rotting fish. Bay Area experts also fear the situation could get worse, as there is yet another heat wave in the forecast.

Read next: Watch: Hooked Mako shark takes to the air and jumps into fishing boat

Although algal blooms are not uncommon these days, Rosenfield explained that this particular red tide is unprecedented in both size and duration.

“Small, short-lived algal blooms around the margins of the bay are not uncommon,” he explained. “But nothing of this magnitude has been reported before in the bay.”

The deadly red tide was first reported in the Alameda Estuary near Oakland’s Inner Harbor in July. It has since spread, according to Eileen White, executive director of the San Francisco Bay Area Water Quality Monitoring Board. White fears that the bloom will expand due to the 100+ degree heat expected in the near term.

White also told The Associated Press that while the seaweed is not known to be toxic to humans, it can cause skin and eye irritation. For this reason, his office recommends that people and pets stay away from any reddish-brown-looking water.

“We don’t know when this is going to end,” White said.