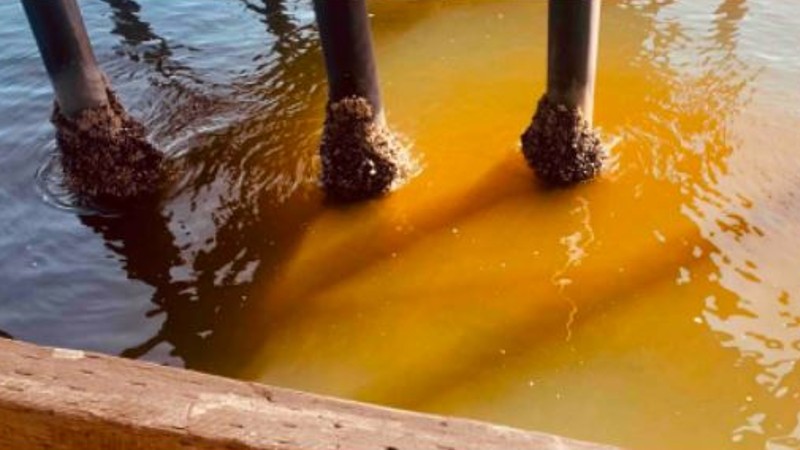 The Scripps Institution of Oceanography reported that dense blooms of phytoplankton — commonly known as “red tides” — have become more visible in Southern California this week.

In La Jolla, Scripps said the species Lingulodinium polyedravery turns the water dark red and produces bioluminescence at night. At Newport Beach, the Akashiwo sanguinea species is responsible for the orange-red water that can be harmful to birds, fish and shellfish.

Although blooms are generally harmless to humans, they can cause a skin rash or an increased risk of ear or sinus infections when swimming, or mild respiratory symptoms when near water.

Anyone with respiratory symptoms after being exposed to the current bloom was asked to complete a 12-question online survey to help scientists.

Scripps said oceanographers don’t know exactly how long these blooms will last, but will provide updates as they learn more.