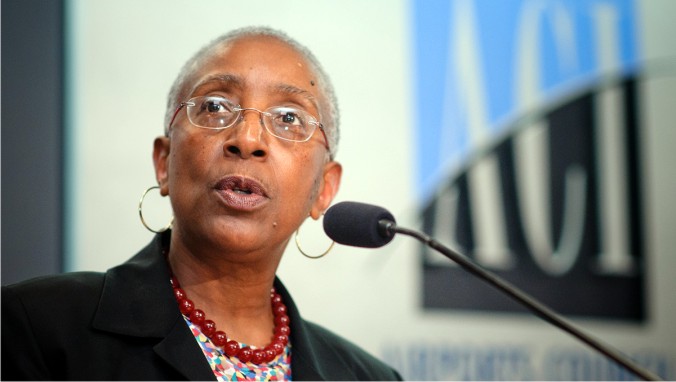 Today the world celebrates the International Day to Protect Education from Attack. The United Nations General Assembly (UNGA) has designated September 9 to observe the Day. Education is recognized as a fundamental right, despite situations, and countries must protect schools and children’s right to learn. Many children are deprived of this essential right due to the persistent attacks on educational institutions.
In commemorating the Day, the UNGA denounces attacks on education and the use of schools by military forces in violation of international law. It recognizes the serious consequences of these attacks, especially on women and girls, and calls for action to prevent them. It also calls on states to do more to mobilize resources for humanitarian funding and education programs.
Although we admit that the facts may vary from country to country, the end result remains the same. Increasingly, in countries in conflict and fragile states, teachers and students are putting their lives at risk simply by showing up to school, as rebels, terrorists, armed forces and repressive regimes see schools, universities, students and teachers as legitimate targets.
It is crucial that schools are safe because they are practical and positive environments for teaching and learning. Hazards to students and teachers from external threats pose occupational health and safety challenges, as the COVID-19 pandemic has shown. Other health and safety issues include poorly designed school buildings, exposure to asbestos or other hazardous substances, psychosocial threats such as work-related stress, violence and harassment.
However, whatever progress has been made in protecting education from attack, the scale of the attacks remains worrying. The Global Coalition to Protect Education from Attack (GCPEA), an inter-agency coalition tackling the problem of targeted invasions of education during armed conflict, has documented a systematic pattern of attacks on education in 37 countries and the military use of schools and universities. in 34 countries over the past five years.
Armed forces and groups have allegedly been responsible for sexual violence in, or on the way to or from schools and universities in at least 17 countries, GCPEA said. Female students and teachers have been directly targeted over the same period because of their gender, including bombings of girls’ schools, kidnappings, rapes and harassment, in at least 21 countries.
Attacks on schools have become increasingly frequent in the news headlines in several African countries. Since the 2014 abduction of the Chibok girls in Nigeria, blitzkrieg attacks on schools have steadily increased. While some children have been released or escaped from captors, many remain in captivity. Leah Sharibu is one of those children.
At the age of 14, Leah was among about 100 girls abducted from a public school in Yobe in February 2018. Due to her unwillingness to abide by the beliefs of her captors, she has since been held captive like many others. local children, including girls from Chibok. Whether released or not, the incursions disrupt or completely halt the education of many of these children.
Such stories, unfortunately, are not uncommon. Nearly two million children, particularly in West and Central Africa, cannot go to school due to growing insecurity in and around schools. In many cases, schools are the direct target of attacks. Data from 2018 shows that more than a quarter of all verified school incursions globally took place in the region.
Nigeria’s descent further into the cavity of state failure becomes ignominiously evident in its failure to protect schoolchildren from banditry. Reports say more than 800 students, including those attending tertiary institutions, have been abducted in coordinated attacks on schools in most northern states in recent times. While some students were lucky enough to be released, others like Dorothy Yohanna, Precious Nwakacha, Sadiq Muazu and Benjamin Habilla were all brutally murdered.
Despite schools being closed for more than six months across the country two years ago, not thanks to the COVID-19 pandemic, states were again forced to close more than 60 boarding schools mostly in sensitive areas due to insecurity. This has increased the number of children out of school, estimated at 20 million, as parents are prevented from taking their children to school on a daily basis. Security must be reinforced in and around schools, especially boarding schools located in remote areas.
Incidentally, the northern states that are closing schools account for more than 80% of the total number of out-of-school children and the region is the least developed region in the country. But the answer to insecurity in schools is not to close schools. It’s about enhancing security by involving communities. Closing schools inadvertently furthers the agenda of Boko Haram, which is that Western education is bad and should be stopped.
Sadly, long after the federal government inaugurated the Safe Schools Initiative to ensure a safe school environment for school children, things got worse even as the $30 million raised for the program now does the subject of an altercation. This does not characterize Nigeria as a country willing to take education or student safety with sincerity.
The growth of violent attacks in and around schools will not be deciphered overnight, but identifying the scale of the challenge is the first step. Governments can build schools with the most modern infrastructure, equip them with the best books and learning materials, and train teachers in the best teaching techniques. However, little progress will be made in education if children cannot go to school because they worry about what might happen if they do.
Article 26 of the United Nations Declaration of Human Rights states that everyone has the right to education. This right to education has been reaffirmed in numerous human rights treaties and declarations adopted by the United Nations, to which Nigeria is a party. We must therefore protect this right by ensuring that children are not kidnapped. As Amnesty International stresses, schools should be safe places and children should not be forced to choose between their education and their lives.