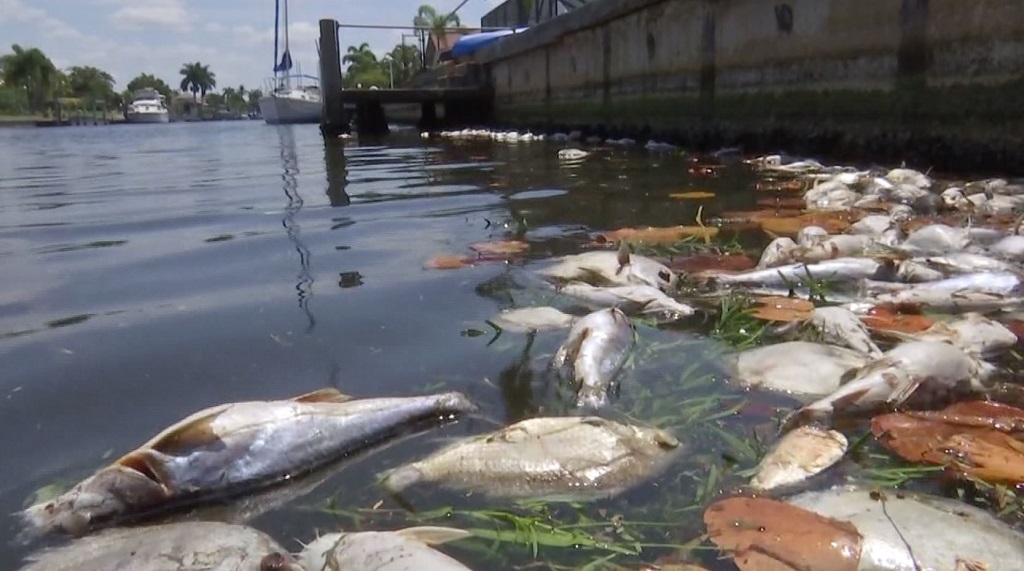 NEWS AT A GLANCE

While the Gulf of Mexico is calm at the moment, when it comes to red tides, efforts to better inform swimmers of the severity of these outbreaks are well underway. We looked at how researchers hope to assess the severity of blooms.

Wave after wave, and year after year, the red tide seems to be on its way. But how do you know if a particular bloom is worse than another?

Dr. Barbara Kirkpatrick is a Senior Advisor to the Gulf of Mexico Coastal Ocean Observing System, or GCOOS.

“So one of the things we’re often asked when we have a red tide in town, is this one worse than the one we had in 2005?” Kirkpatrick said, “And, you know, we kind of struggled with that, like, how do you define worst?”

Dr. Kirkpatrick co-authored a study exploring exactly that by looking at red tide on Florida’s west coast between 1953 and 2019 and cell counts. She and other researchers have come up with a “bloom severity index.”

This chart provides an overview of those years. Darker red indicates higher concentrations along more coasts. Also keep in mind that flowering tests have improved over the years.

Kirkpatrick explained, “We took the data that we have, which is the cell count database that the Florida Fish and Wildlife Research Institute maintains for the state. And then reports from the Beach Condition Reporting System maintained by Mote Marine Laboratory, and looked at them together over time to create this Respiratory Forecast Index.

Coupled with forecasting tools, the aim is to give swimmers a better picture of the conditions.

Dr. Richard Stumpf, also with the study, says the work doesn’t stop there. “We need better information on toxins in aerosols. So the symptoms are covered, but the aerosols according to some reports can, under certain conditions, go further inland than just the beach, and that means we need to have data on the actual toxins in those aerosols, what we don’t have now.

The researchers are also excited about this study because as more people move towards the coast, more people could be affected by the proliferation of red tides.

Copyright 2022 Fort Myers Broadcasting Company. All rights reserved. This material may not be published, broadcast, rewritten or redistributed without prior written permission.