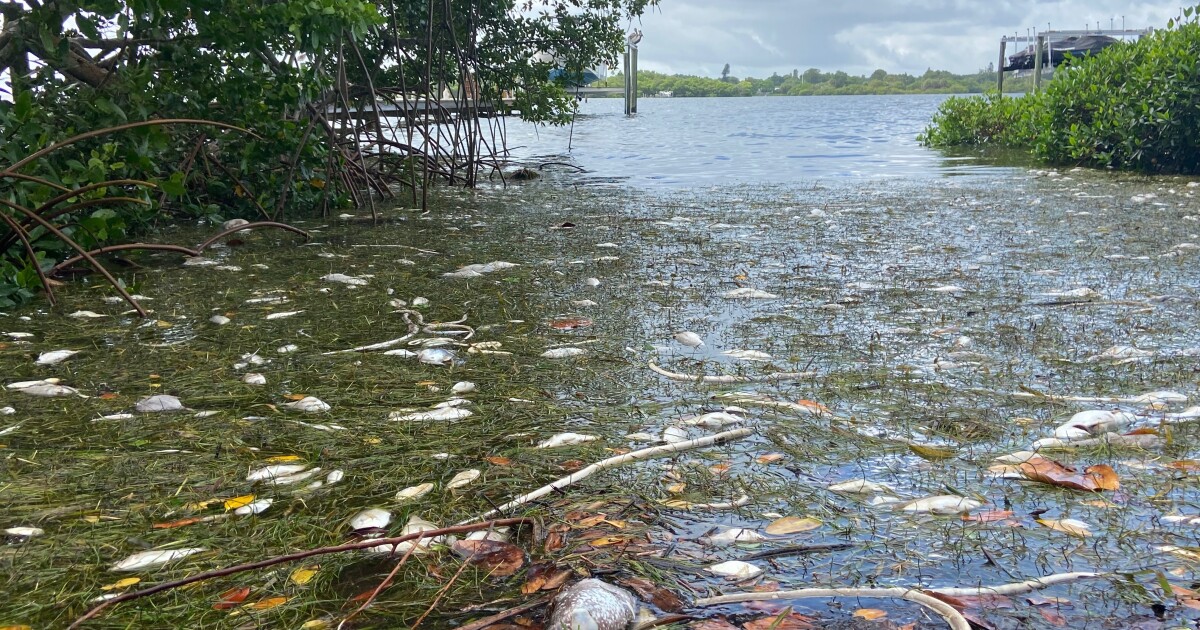 A new study shows that sewage spilled in Tampa Bay last year from the Piney Point phosphate plant likely worsened the subsequent red tide outbreak. He says a year’s worth of nutrients poured into the bay in 10 days.

The study published in the journal Marine Pollution Bulletin shows that around 180 tonnes of nitrogen spilled into the bay due to a leak at the phosphate plant. These nutrients fueled the growth of algae called cyanobacteria. It essentially “fueled” the red tide when it entered Tampa Bay from the gulf several weeks later, killing millions of fish and marine life.

“What we think happened is because the nutrients were there, they were available for the red tide,” said Tampa Bay Estuary Program’s Marcus Beck, lead author of the report. ‘study. “It just created this set of conditions that caused the red tide to grow to levels that we haven’t really seen in the bay – in this part of the bay, in particular – since 1971.”

Since Tampa Bay is considered a “closed system” with only one outlet to the Gulf of Mexico, he said that meant putting so much nitrogen into the system it would fuel algae blooms.

“The red tide level that we saw, the concentrations that we saw this year, it was very abnormal,” Beck said, “and with Piney Point, it wasn’t too much of a stretch to suggest it was the causative factor that likely spurred growth in the bay in July.”

The state has approved a plan to have the remaining water at Piney Point injected deep underground. But some fear a strong hurricane season could overflow the pile again.