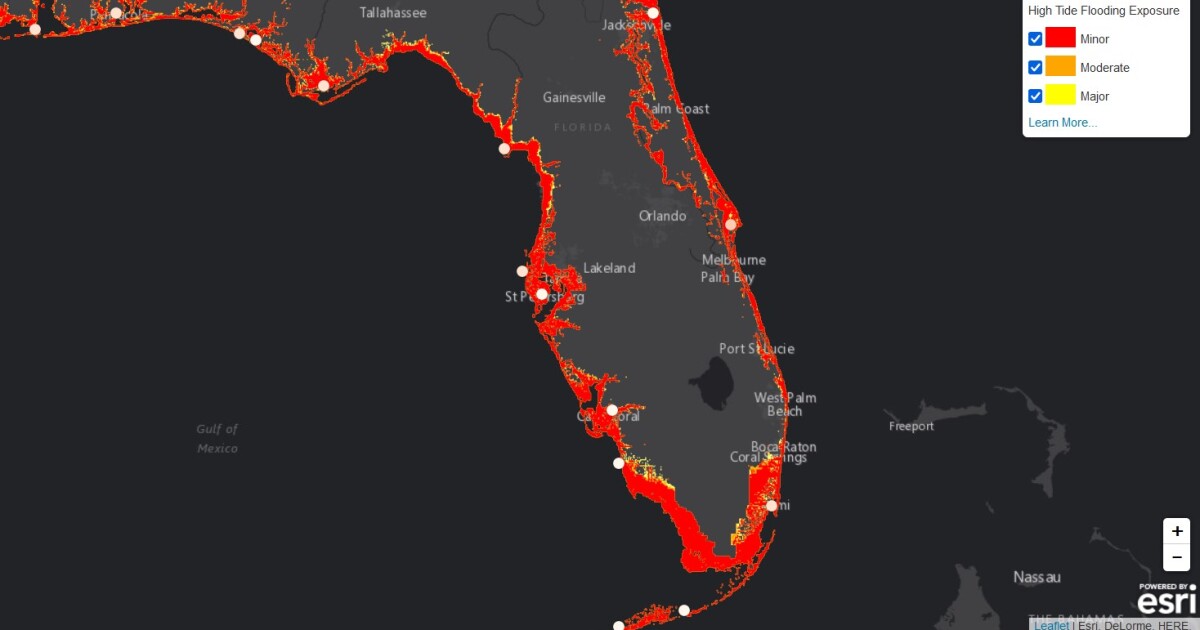 A new report from the National Oceanic and Atmospheric Administration shows that coastal communities across the country experienced record flooding at high tide last year.

LeBouef says it will only get worse.

“For the first time in human history, the infrastructure we build must be designed and built with future conditions in mind,” she said. “And along the coast, that means flooding conditions at high tide are on the mind.”

Here are some of the findings of the report:

“As sea level rise continues, destructive flooding that only happened decades ago during a storm now occurs more regularly, even without severe weather like during a full moon, tide or with a change in winds and currents,” LeBouef said.

LeBoeuf said that means cities need to be designed with future high tide flood conditions in mind, such as rising levels of roads and houses.

NOAA oceanographer William Sweet said waters in the Gulf of Mexico and along Florida’s Atlantic coast are warming to deeper depths than they had originally anticipated. This causes water to expand in these areas, causing sea levels to rise along these shores.

According to the report, US coastal communities have experienced twice as many flood days at high tide as they did 20 years ago – and the trend of near-record high tides is expected to continue through April 2022, as well as in the decades to come.

“NOAA tide gauges show that 80% of the places we collect data along the Southeast Atlantic and Gulf Coast are seeing an acceleration in the number of flood days,” LeBoeuf said. “High tide flooding disrupts people’s lives when they can’t get to or from work or repeatedly have to deal with a flooded basement.

“NOAA is committed to working with coastal communities to provide the information and tools they need to tackle the problem of high tide flooding, now and in the years to come, as sea levels rise. sea ​​continues to rise.”