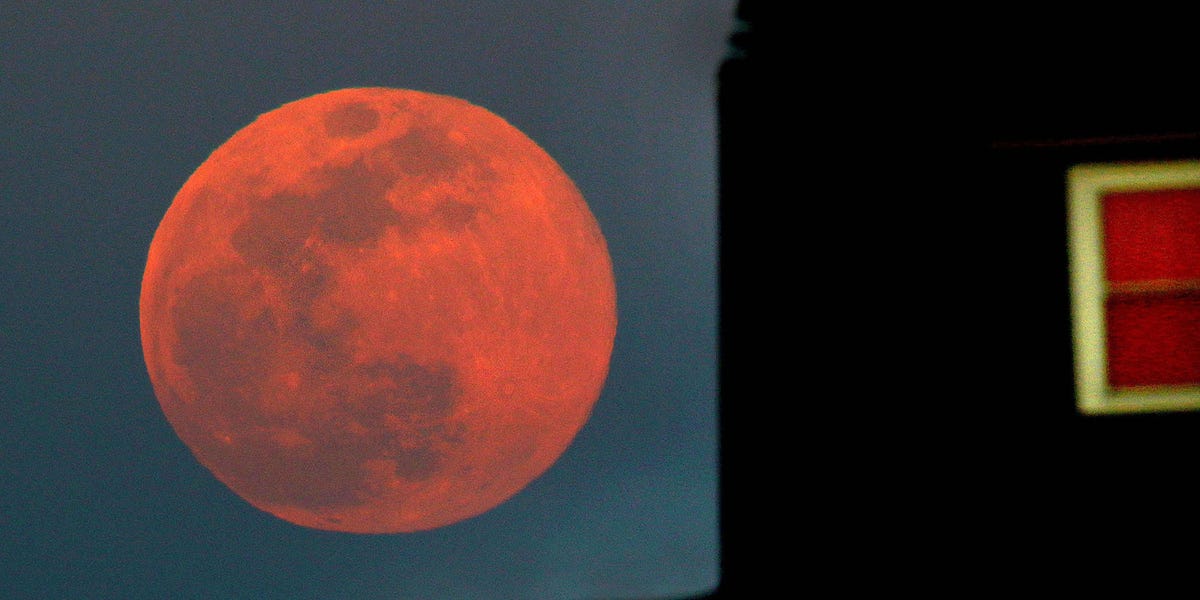 Get the Insider app

A supermoon helped dislodge the container ship Ever Given which got stuck in the Suez Canal, raising the tides with its gravitational pull.

The Ever Given was finally released on Monday, after 6 days of blocking the Suez Canal and safeguarding international transport.

Much of the work was done by humans and their heavy machinery – like tugboats and the mighty Mashhour dredging vessel that moved large amounts of sand away from the ship.

But it might not have worked if the heavens hadn’t been aligned.

Midday tides were unusually high on Monday as they coincided with the full moon. Insider’s Kevin Shalvey noted the expected high water while the operation was underway.

The tides are at their highest when the moon is full or there is a new moon.

On these days the sun, moon and earth are aligned, pulling the tides in one direction and increasing the movement of water.

These are called “Spring” from “King Tides”, and they take place twice a month.

The Sunday evening full moon was also the worm moon, the first full moon of March. By some definitions, this also counted as a supermoon.

A supermoon occurs when the moon is full while its orbit is closest to Earth. It is characterized by being brighter and larger than other full moons.

The Moon orbits the Earth in an oval shape. At its furthest point, it is approximately 253,000 miles from Earth. At its closest to Earth, it is about 30,000 miles closer.

The full moon that helped the boat escape was March 28. The moon was even closer on March 30, according to EarthSky.org.

It was a day after the moon and tide that helped release Ever Given, but it’s common to refer to consecutive nights of moons as supermoons.

Crews working to free the Ever Given knew this would happen and noted in advance that the tides needed to rise another foot and a half, the Wall Street Journal reported.

The Suez Canal reopened after the release of the Ever Given, allowing navigation through the canal to resume.