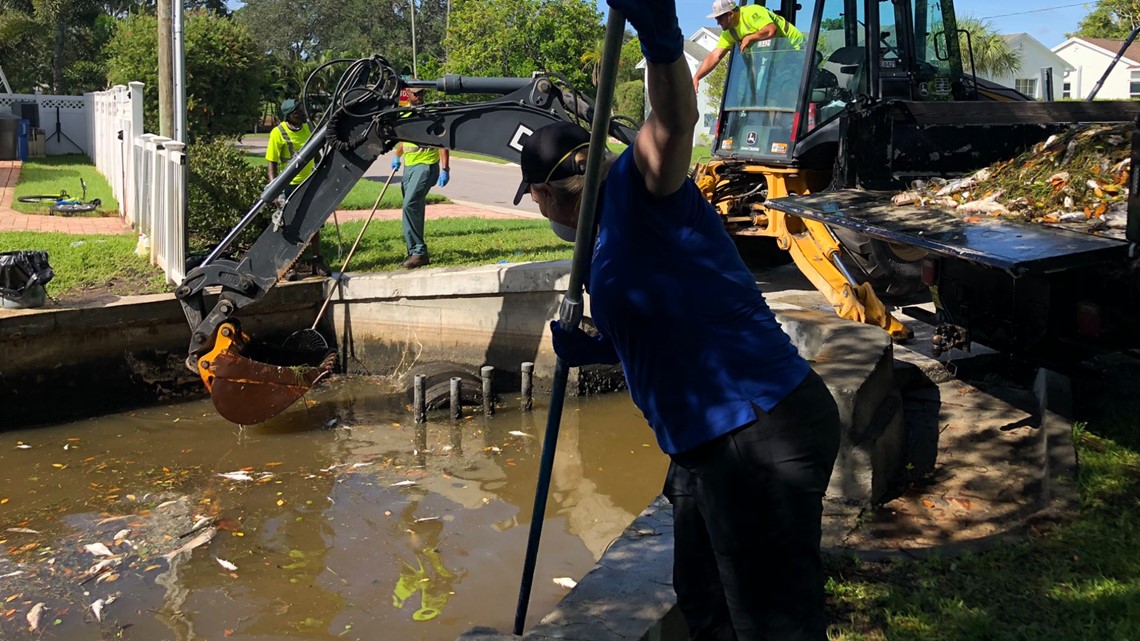 For weeks high levels of the red tide organism, Karenia brevis, have been detected off some of the most popular beaches.

ST. PETERSBURG, Fla. — All is calm along the beaches of the Tampa Bay area this holiday season. But not so long ago, the shores were littered with thousands of Dead Sea life.

Red tide hit the area hard this summer, a plague that filled the air with rotting fish flesh. And, the areas that saw the worst were Pinellas and Manatee counties.

For weeks high levels of the red tide organism, Karenia brevis, have been detected off some of the most popular beaches. This not only led to tons of dead marine life on beaches and near marinas, but also millions of dollars in cleanup efforts.

Pinellas County said by the time the red tide began to subside, it had spent more than $3 million cleaning up 1,836 tons of debris, or the equivalent of 3,672,000 pounds. Sarasota County’s portfolio fared much better. County leaders say the red tide cost the region just $4,000 and left behind 77.41 tonnes of debris, or 154,800 pounds.

You can view the latest fish kill reports from the FWC here.

Blooms can last as little as a few weeks or more than a year and may even fade and then recur, according to FWC.

Local researchers and scientists working to find solutions to the red tide said climate change and human activity remain a concern and a contributing factor.

They say that although red tide occurs naturally, people and communities must do their part to lessen its intensity.