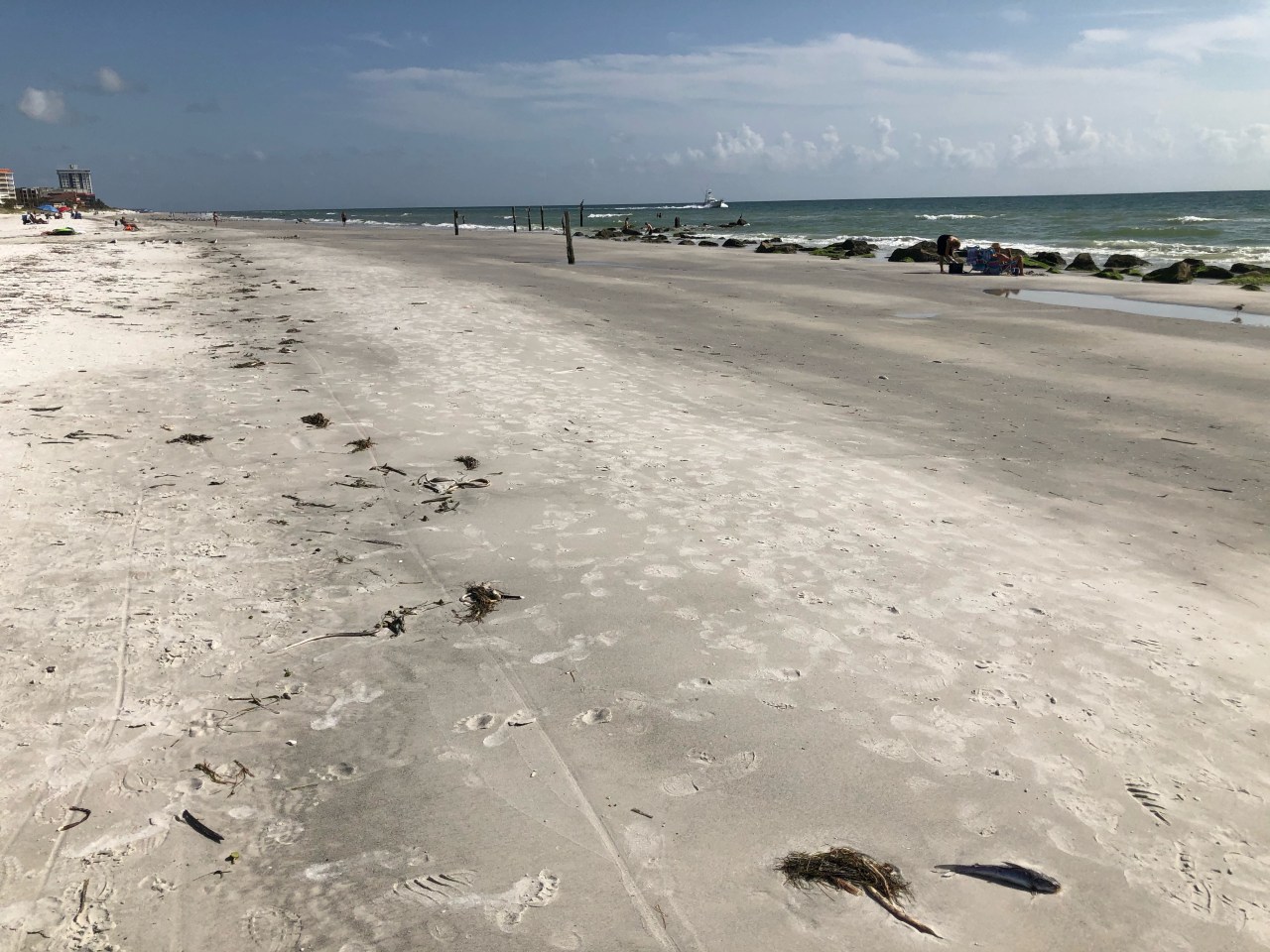 REDINGTON SHORES, Fla. (WFLA) – As summer draws to a close, red tide lingers along Florida’s Gulf Coast in Pinellas County, but beachgoers told 8 On Your Side that the situation on Labor Day was much better than around July 4th.

“In the intercoastal a few weeks ago there were fish everywhere,” Martin said.

On Monday afternoon, 8 On Your Side spotted a few dead fish that washed up on Redington Shores beach.

“Honestly, I stay away from the beach during red tide if there’s fish there,” Sean Biglin said. “I don’t want to walk around in there.”

Throughout the summer, Biglin said patrons coming from the beach to Candy Kitchen could feel the effects of the red tide.

“A lot of people who come on vacation there always say that this red tide affects me, I cough all the time,” he said.

For beach-goer Gavin Tuttle, the foul smell of early summer was unbearable.

“In some areas you had to run away,” Tuttle said, “like you just wanted to get out of there because it’s like a cafeteria bathroom.”

He said the smell was much less noticeable as he skimboarded with his cousin on Monday afternoon.

“I don’t feel it here,” he said near the beach parking lot. “You get closer to the water, you can feel it a bit in some areas, but overall I’d say it’s better compared to early July.”

Martin has lived in Redington Shores for 30 years. He still remembers the last bad outbreak of red tide.

“It was much worse in 18,” he said. “You couldn’t go fishing months after that.”

Martin said he hopes the seafood industry that has been hit this summer can rebound soon.

“The fish are coming back now because I see a lot of anglers there,” Martin said. “Rockfish are running right now, mangrove snappers.”