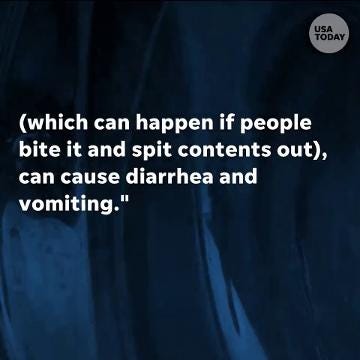 If modern America were to erect a statue in honor of a historical figure who most expresses the current zeitgeist, it couldn’t do better than Lothrop Withington, Jr.

In 1939, the Harvard freshman bragged to his friends that he once swallowed a live fish. They bet him $10 that he couldn’t do it again, a challenge he happily accepted. So on March 3, with incredulous classmates and a reporter on hand, Withington popped a three-inch goldfish into his mouth, chewed it several times, and swallowed it.

Proving that stupidity has no expiration date, young people in the YouTube era revived the goldfish challenge, leading to thousands of videos of children and adults engaging in stupid pre-Secondary behavior. World War. Other “challenges” followed, including drinking as much cinnamon as possible in one sip and drinking a gallon of milk in less than an hour; some teenagers began to ignite, trying to extinguish the flames before sustaining horrific burns.

Yet the most recent YouTube fad is perhaps the most confusing of them all. In late 2017, young people and adults began posting videos of themselves biting into Tide laundry detergent pods, allowing the contents to burst into their mouths. Probably spurred on by media reports of this bizarre “trend”, thousands of these videos began to appear in mid-January 2018.

It’s easy to blame millennials for such an aggressive level of modern stupidity, but America has a long tradition of people doing dangerous things to get attention. It’s been almost 20 years since the start of the “Jackass” franchise, in which young men treat each other like testicle dummies for a laugh. One of the best television shows of the early 2000s featured women in bikinis eating live worms.

But perhaps the most embarrassing actions of late have been those of politicians rushing to respond to the Tide Pod craze by seeking to legislate people’s stupidity. In New York, lawmakers introduced a bill requiring Tide’s parent company, Procter & Gamble, to make its laundry detergent pods less…er…delicious and add warnings to each individually wrapped pod. “They’re so seductive, they smell good, and they look like gummy bears,” said Democratic Senator Brad Hoylman. “They might as well say ‘bite me’ on them.”

(P&G has already implemented two of the changes called for by the bill, adding child-resistant packaging and providing warning labels on their primary packaging.)

Of course, the last thing Tide wants is people eating their pods. But if devouring laundry detergent on an online video is the height of shameless exhibitionism, then trying to inject yourself into a national story by pretending to “do something” about the “trend” is right behind it. In fact, lawmakers introducing knee-jerk legislation to “fix” a fleeting problem is an age-old tradition; even Massachusetts quickly made it illegal to swallow goldfish following the craze of the early 1940s.

Take, for example, Indiana Republican lawmaker Milo Smith, who last year introduced a bill allowing Indianapolis Colts fans who felt disrespected by players kneeling for the national anthem to claim a full refund of the cost of their ticket during the first term. Or Minnesota State Rep. Drew Christensen, 24, who claims to be drafting a tongue-in-cheek bill to ban ‘The Bachelor’ star Arie Luyendyk Jr. from the state for not casting Becca Kufrin , a candidate from Lac anterior.

Perhaps the worst types of these attention-getting bills are those named after individual people. As a general rule, when a person is injured or even killed, it is the result of a unique situation which cannot be regulated by legislation. Hard cases make bad law, and as Radley Balko wrote, these proposals “play more on emotion than reason.” (I hereby propose a new bill prohibiting the use of people’s names in legislation, and demand that it be called “Christian law.”)

As the saying goes, if you’re worried about the government moving too slowly, wait until you see the damage done by a government that moves too quickly. Legislation based on ephemeral titles is almost always a bad idea. Instead, we should offer politicians a new challenge: post a video of yourselves resisting the temptation to grow up. 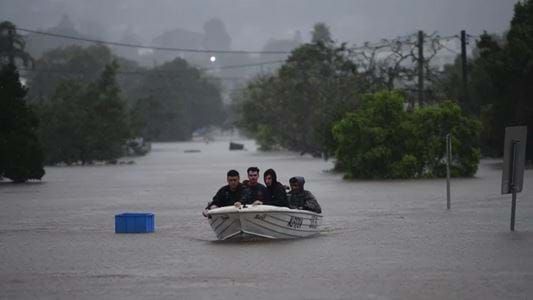