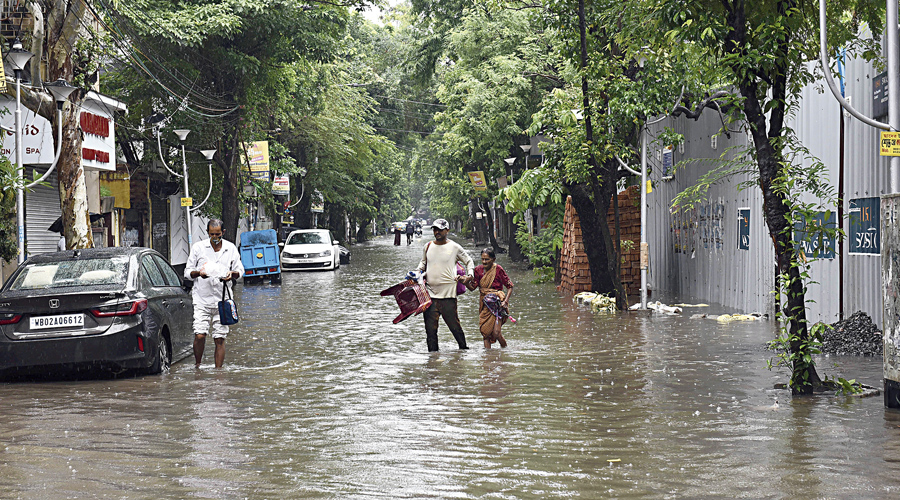 Torrential rains and a high tide, which prevented water from flowing into rivers, caused widespread flooding across the city on Thursday, engineers from the Calcutta Municipal Corporation said.

Almost all of Kolkata was flooded as dawn broke on Thursday due to heavy rains overnight. 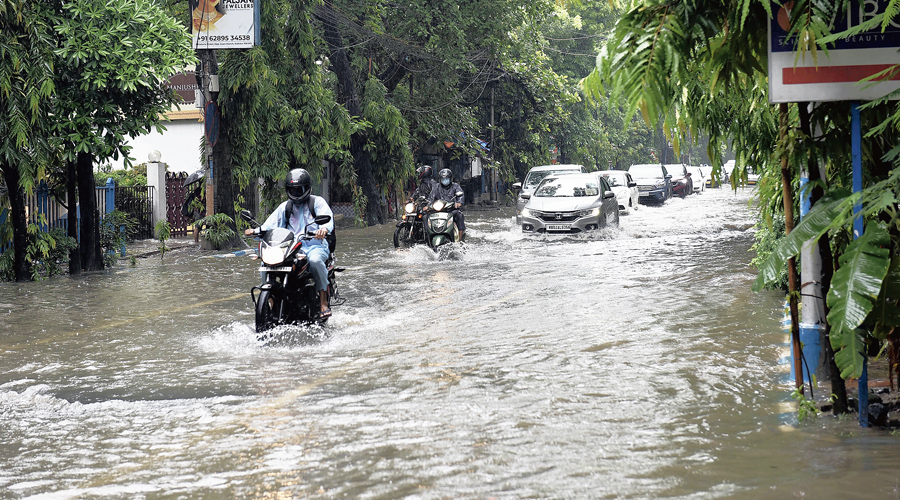 Some of the city’s pockets that are not usually waterlogged, such as Loudon Street and Rawdon Street, were flooded on Thursday.

An engineer blamed the widespread waterlogging on the high volume of rain overnight and the high tide the following morning, which failed to let water flow into the Hooghly and Bidyadhari rivers.

“The city received maximum rain from 10:00 p.m. Wednesday to 4:00 a.m. Thursday. We were able to drain a lot of water as the Hooghly gates stayed open until 4am. It was closed at 4am and reopened at 8am. The gates were closed again between 4:30 p.m. and 8:30 p.m.,” said Tarak Singh, a CMC board member who heads the drainage service.

But the volume of precipitation far exceeded the water’s capacity to drain away. Kolkata’s underground drainage system is designed to prevent waterlogging only if it rains up to 6mm in an hour, an engineer has said. 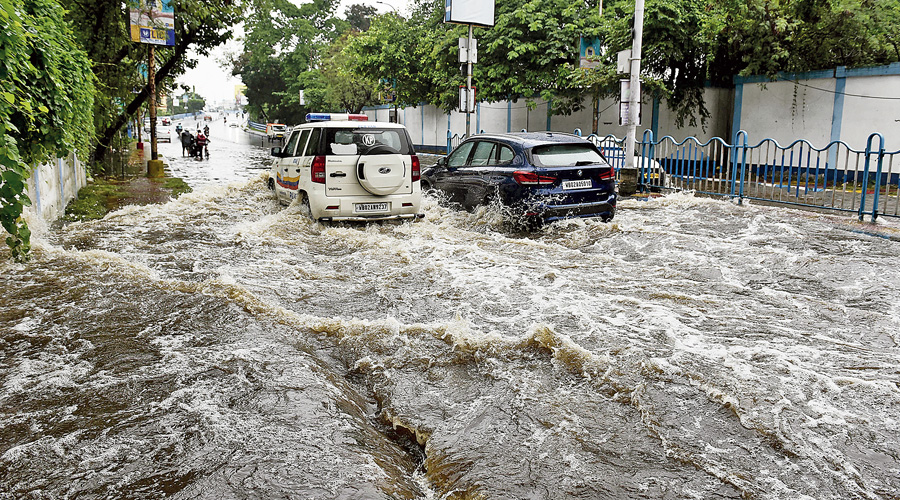 Capacity is increased by installing more pumps. “The water could not be evacuated after 4 am. In addition, more rain added to the volume of accumulated water. The water was drained from most roads by the afternoon,” Singh said.

Rainwater accumulated in the city naturally flows west into the Hooghly and east into the Bidyadhari after passing through drainage pump stations.

Gates through which water passes into the rivers had to be closed for several hours on Thursday as water levels in the rivers were too high due to rain and high tide.

“Whenever there is heavy rain, the Hooghly sluices are opened so that some of the rainwater is drained into the river. This reduces the load on drainage pumping stations. It becomes a problem when heavy rains coincide with high tide,” the engineer said. 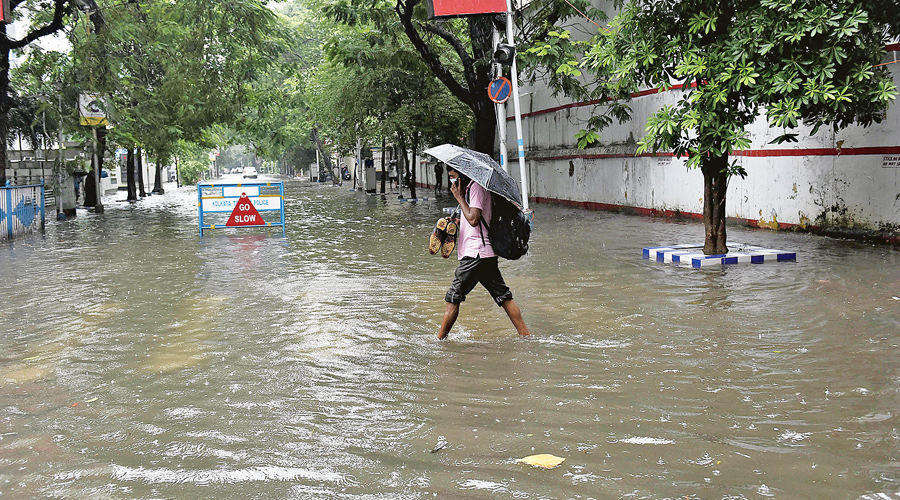 A similar system is followed in the operation of locks in the Bidhyadhari River.

Singh said if it didn’t rain at night, the remaining water would be drained in the morning.

“Most of the water receded in the afternoon. Some places were waterlogged until the evening, probably due to other issues like blocked drains,” he said.

Some gully pits were blocked with plastic and polythene bags, which further slowed the evacuation of water.

In Behala, the waterlogging was blamed on the inability of the civic body to operate the Behala Flying Club’s drainage pump station. Singh said people living along a canal into which the pumping station is pouring water protested, saying water from the canal was entering their homes.

“We hope we can get the station pumps running soon,” Singh said Thursday evening.