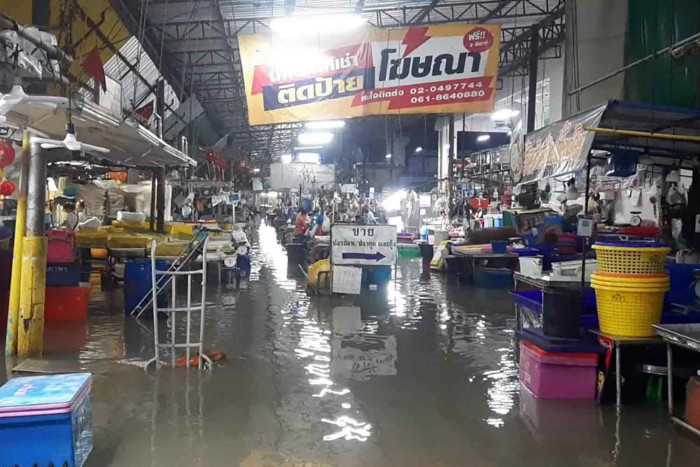 SAMUT PRAKAN: An unexpected high tide caused damage to several communities in this seaside province on the southern border of Bangkok on Thursday evening.

The tide swept inland from the Gulf of Thailand around 8:30 p.m.

The high tide also flooded sections of the Sukhumvit road from Pak Nam market to Bang Pakong district in Chachoengsao. The water was 30 centimeters deep in some places and closed the old seaside road to small vehicles.

Residents said the tide came in too fast for them to move their property to safety, and electrical appliances and vehicles were damaged. Some cars were in the water halfway up their sides.

The Navy Hydrographic Service reported that the level of the Chao Phraya River reached about 2.20 meters above mean sea level in the estuary of Chulachomklao Fort in Phra Samut Chedi district. It was well above the department’s forecast of 1.40 meters.

The department expects the river to rise about 6 feet above mean sea level on Friday.