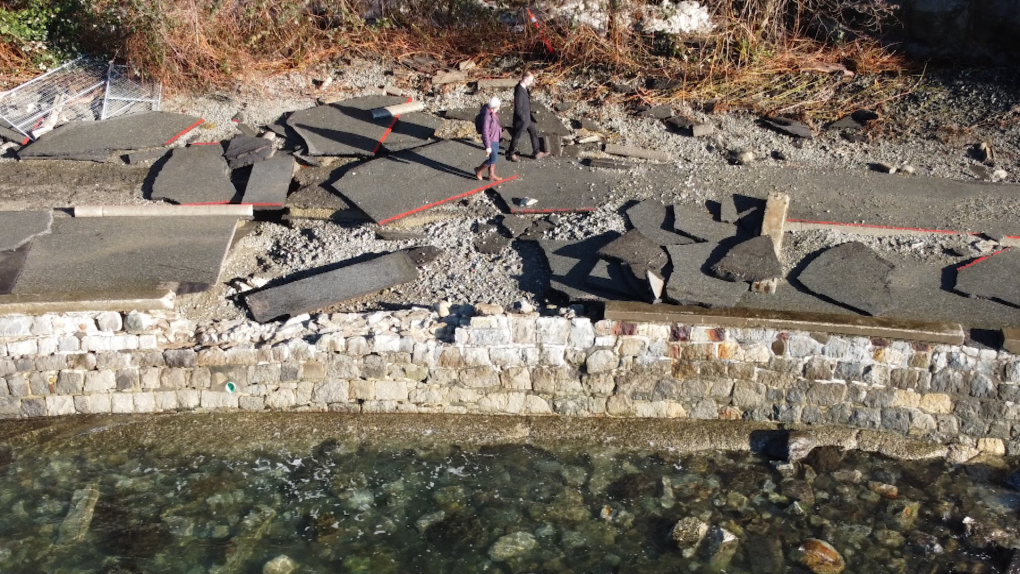 The Vancouver Park Board says it is working to mitigate the potential for further damage to Stanley Park’s iconic seawall with another royal tide forecast for Monday.

In a video update posted on social media, the park’s board said crews had “removed as much debris as possible” from the shore and water, as well as temporarily reinforced “key sections”. from the dike.

The seawall has been closed between Third Beach and the Lions Gate Bridge since Jan. 7, when a combination of high tides and high winds caused significant damage to that part of the wall, as well as West Vancouver’s Centennial Seawalk.

The park board said its main concern was not the high tide itself, but the possibility of high winds blowing debris such as logs against the seawall.

According to Fisheries and Oceans Canada, Monday’s high tide is expected to reach 4.8 meters shortly before 6:10 a.m. Tides of 4.9 meters are forecast for Tuesday, Wednesday and Thursday morning.

The park board update did not provide any information on the removal of the barge that ran aground at Sunset Beach since severe storms hit the province in mid-November.

Earlier this month, the City of Vancouver and Transport Canada called the situation “complex” and did not provide a timeline for its removal.

At that time, the city said it was tracking all barge-related costs and planned to bill them to the owner, Sentry Marine. Transport Canada said removal of the vessel is the responsibility of the owner.

We’re back with another update! To prepare for Monday’s expected royal tide, our crews have been busy removing as much debris as possible (such as logs) from the shore and water. They also temporarily reinforced key sections of the #dike to avoid further damage. 1/2 pic.twitter.com/zge7XxzOWz