Waters rise around Portland as royal tide hits the coast 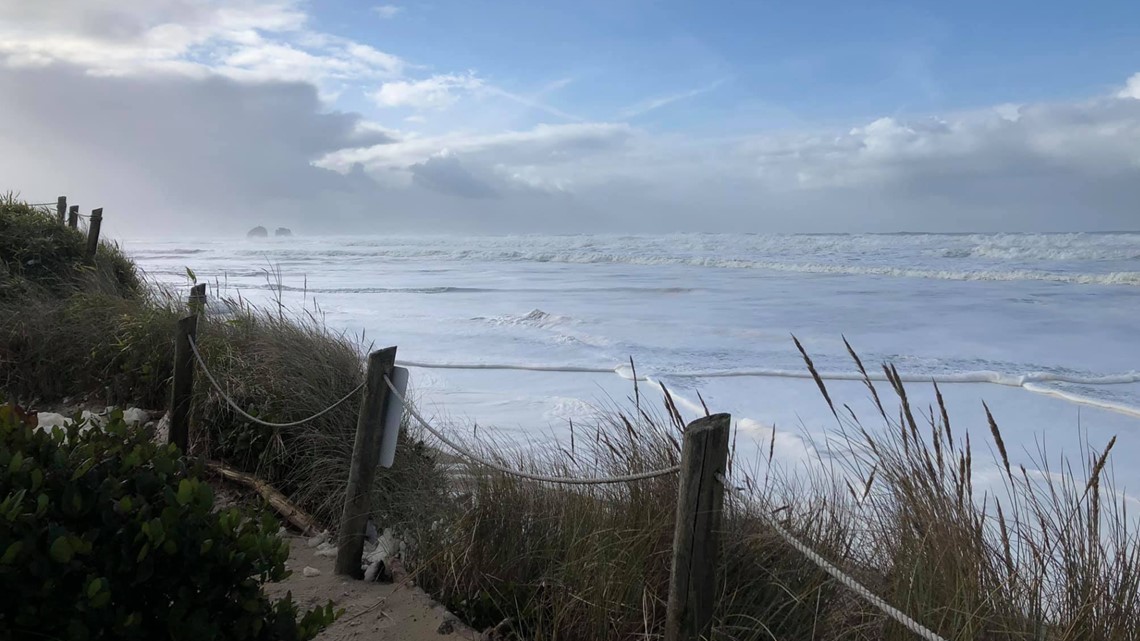 Waters rise around Portland as royal tide hits the coast

PORTLAND, Oregon – The Earth, sun and moon are all perfectly aligned this weekend, and a royal tide is expected on the Oregon coast.

“A king tide is an unscientific term,” said Meg Reed, coastal shoreline specialist with the Oregon Department of Conservation and Land Development. “The scientific term is Perigean Spring Tide. These are natural tidal cycles that occur multiple times throughout the year.”

RELATED: Study: Cascades Will Have Little To No Snow Accumulation In 50 Years

“We focus on them in winter because that usually coincides with winter storms,” Reed said. “[That means] big waves, wind activity and precipitation making the water even higher.”

Summer events usually take place in the middle of the night, so it’s not the so-called “busy season” for viewing.

The Oregon King Tides Project is coordinated by the Oregon Coastal Stewardship Program and the Oregon Shores Conservation Coalition’s CoastWatch program. They ask people to take pictures of the average high tide and a royal tide to show the differences. Sometimes it can exceed 3 feet, so observers should be aware of their surroundings.

RELATED: A dry evening and a rainy weekend.

“It’s usually when there are big waves and storms, so it can be very dangerous for people,” Reed said. “So it is very important to know the tides and the information that affects that specific area, so that they avoid going out on the beach.”

A tide map shows that the effects of a king tide can be seen as far upstream as Vancouver, Washington, on the Columbia River and near the Morrison Bridge on the Willamette River. Photos of the Royal Tide can be submitted here.