What causes high tide and low tide? Why are there two tides every day? 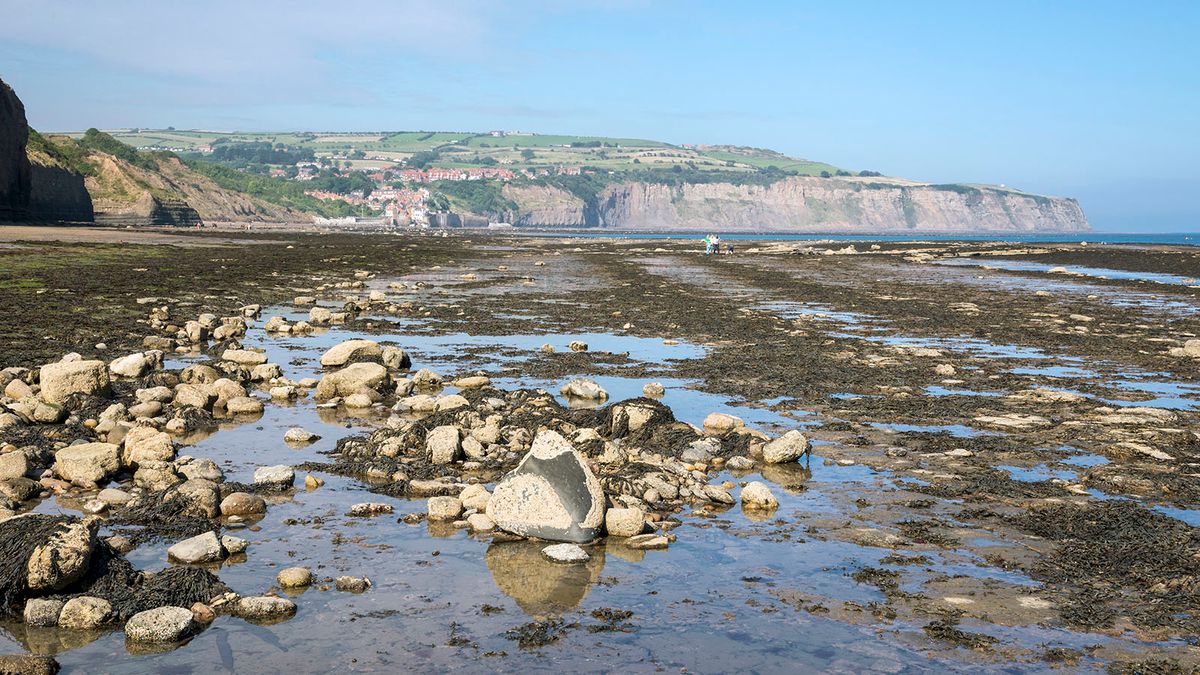 What causes high tide and low tide? Why are there two tides every day?

The tides have caused a lot of problems recently. During periods of high tide, low areas that border the ocean are now flooded much more often than before. Between 2000 and 2017, the average frequency of “high tide flooding” in the United States increased by 50%. This type of flooding blocks roads, damages infrastructure and backs up storm sewers.

About 40% of the world’s population lives within 100 kilometers of a coastline. Recent flooding trends must have many of these people wondering about the science of the tides. How do tides occur? Why do some regions experience more dramatic tides than others? And why can’t sea level stay constant everywhere, all the time? Today we are going to examine the physics and idiosyncrasies of the tides of planet Earth.

See the diagram below. In the image, you’ll notice that our planet is sitting inside a drop of seawater that’s shaped like a rugby ball. There is a bulge in the ocean on either side of the planet. Observe that one bulge protrudes from the half of the globe that faces the moon while the other is located at the opposite end of the Earth.

Why do these bulges exist? In a nutshell, they are mainly caused by the moon’s gravitational pull on Earth. This force can have two distinct components. He can pull matter “vertically”, i.e. perpendicular to the Earth’s surface. And it can also pull things “horizontally” – that is, in a direction parallel to the face of our planet.

Now, the spot on the globe that is right under the moon at any given time is called the sublunar point. Meanwhile, the spot on the other side of our planet that is directly opposite the sublunar point is known as the antipodal point. It is no coincidence that the ocean bulges are highest just above these two points. At the sublunar point and at the antipodal point, the moon’s gravitational pull has no horizontal component – something that is also missing at the two corners of the world that are 90 degrees from these points.

Once every 24 hours, the Earth completes a full rotation around its axis. During this process, any given location on the surface of the planet (like, say, Long Island or Australia) will pass through these two ocean bulges. So in most areas, when your house is directly below a bulge, the local tide should be high. But as it enters the space between the bulges, the tide in your area should drop. This is not always the case, as you will learn next.

For now, let’s talk about another factor that influences our tides. The sun also exerts a gravitational pull on the oceans, but because our solar companion is farther away, its effects on the tides are less pronounced than those of the moon. Still, the big ball of gas and plasma noticeably enhances tidal bulges on a regular basis.

“The tides are [at their] the greatest…when the sun and the moon align,” Duncan Agnew, a geophysicist at the University of California, San Diego, explained in an email. He notes that this happens during two distinct lunar phases: full moons and new moons. Astronomers and Earth scientists call these large tides spring tides (note that the name has nothing to do with the season of spring; indeed, spring tides occur throughout of the year).

During spring tides, “high” tides are really high and “low” tides are abnormally low. Things get less extreme when the sun and moon are perpendicular to each other (relative to Earth). Such an arrangement will produce neap tide; a period during which the difference between high and low tides is minimal.

When the continents get involved

Get ready: things are about to get even more complex. Earth may be a “blue planet”, but 29% of our world’s surface is covered in land. Inlets, cliffs, and other geographical features can also interfere with the tides, intensifying them in some places and weakening them in others.

Most coastal areas receive two high tides per day, with a new one every 12 hours and 25 minutes. Yet exceptions to the rule are not hard to find. “Ocean tides are a complicated process that involves the force of the tides acting on water that is, so to speak, equally free to float in ocean basins,” Agnew says. Many Gulf of Mexico beaches receive only one high tide per day, a byproduct of restricted water flow. Elsewhere, water entering Nova Scotia’s V-shaped Bay of Fundy is pushed upward as it moves inland. This results in huge height disparities between low and high tides called bore tides.