Why does this phenomenon persist in the North Pacific? Why does this phenomenon persist in the North Pacific?

This también publication is available in: Español

Since last October, it has become common to see red spots in the ocean on the beaches of Guanacaste. This phenomenon is known as the red tide. And while it’s common for it to occur between December and March, it’s not usual for it to last that long. The last times this phenomenon lasted this long was in 2005 and between 2009 and 2010, which severely affected the corals of Guanacaste.

Now, for a month and a half, residents and tourists of Playas del Coco, Hermosa, Panama and other North Pacific beaches reported a large number of dead sea urchins on the coasts in these places.

The Center for Research in Marine Sciences and Limnology (CIMAR-UCR) attributed these mass deaths to the possibility that these animals were intoxicated due to the red tide.

What is a red tide?

A red tide is a phenomenon that occurs when microalgae called dinoflagellates, which are not visible to the human eye, carry out the process of photosynthesis (the metabolic process by which some organisms convert carbon dioxide into oxygen). Under certain conditions of fertilization, carbon dioxide, oxygen and water, microalgae begin to grow. This is visually perceived as a red spot in the water, known as a red tide.

Cindy Fernandez, a biologist and researcher at CIMAR who specializes in algae, explained that these organisms are always in the ocean, but when the water contains so many nutrients, the organisms grow until they become visible to the human eye because they have a reddish color. or orange pigments, depending on the species. The red tide is a natural phenomenon and not all the organisms (microalgae) that produce it are poisonous, although those found in Guanacaste are.

In the North Pacific, it normally occurs from December to March due to natural nutrients rising in the water due to wind currents, with which the dinoflagellates grow and later die.

“At these times, these algae have the possibility of turning into cysts. They are at the bottom of the ocean, waiting for favorable conditions. Then they are said to form cysts and remain hidden in the mud of the ocean. When there are a lot of nutrients, they start to come out, as if the cyst is bursting,” Fernandez explained.

These microalgae clean the ocean of other animal wastes (such as sediment or feces), which are nutrients for them. Red tide is a common phenomenon in the natural cycle of organisms. What is not so normal is that the red tide lasts so long.

Why has it been present on our beaches for so long?

Due to the large amount of rain, in addition to the natural nutrients that are in the ocean, such as dead animals or their waste. There are also nutrients that go from land to ocean. It works like a fertilizer to make the algae grow even more.

According to the biologist, if increased rainfall adds to the waste from human activities in the greater metropolitan area that ultimately ends up in the sea, deforestation and sewage dumping generates the ideal conditions for the red tide to continue for a long time.

How does this affect different species (including us)?

The effect a red tide can have on humans and animals depends on the species of dinoflagellate causing it.

In particular, it affects fish by sticking to their gills (their respiratory organs), which prevents fish from filtering oxygen and kills them. Another way is that he reduces the level of oxygen in the water. Microalgae breathe in oxygen and release carbon dioxide, causing fish to drown. This process is called eutrophication.

It damages shellfish by “bioaccumulation”. In other words, when molluscs eat other species that have consumed the dinoflagellates that produce a red tide, then the toxin accumulates through the food chain.

That’s also how it hurts people. Human beings can consume shellfish carrying this toxin, resulting in diarrheal poisoning in most cases.

CIMAR biologist and researcher Juan Jose Alvarado mentioned that the death of sea urchins in Playas del Coco, Hermosa, Panama and other nearby beaches is the most serious consequence of this red tide they recorded. 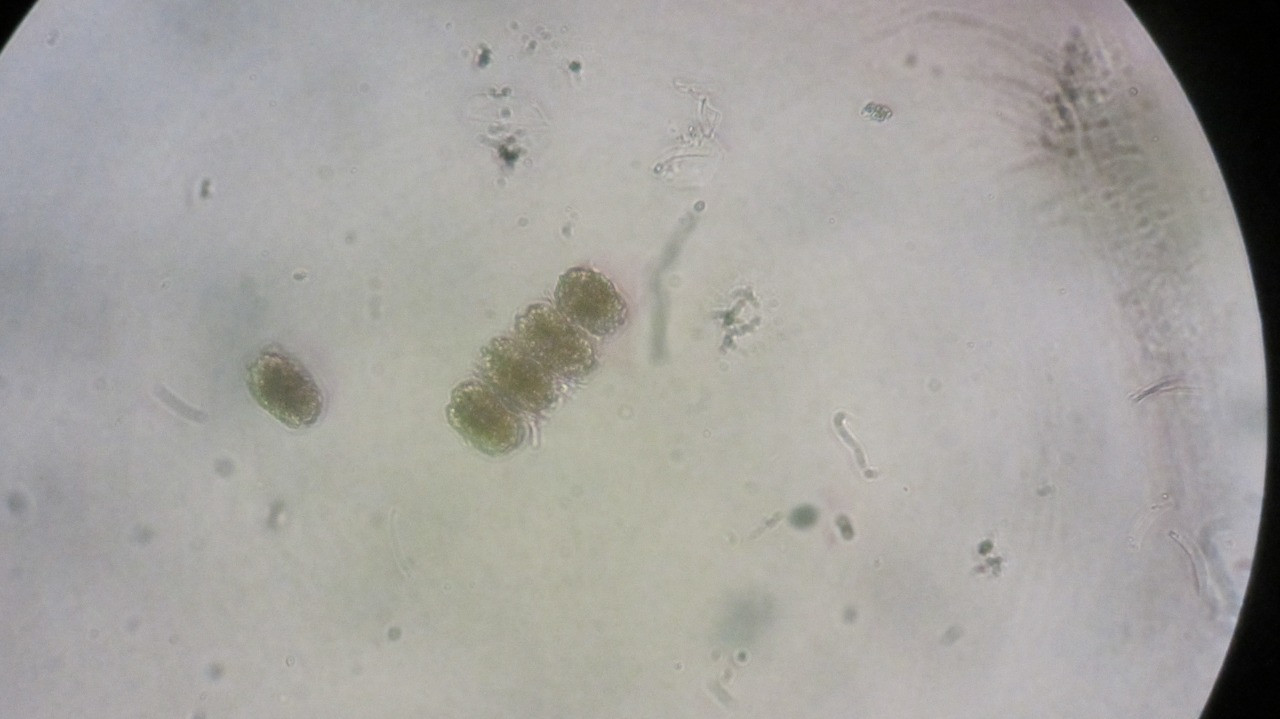 The microalgae that produce red tides are not visible to the naked eye, but they are always in the sea, even when there is no red tide. (Photo: Cindy Fernandez Garcia)

According to Alvarado, they have been receiving notifications of dead urchins since mid-June, with reports of 30 or 40 dead urchins. However, during the last week of July, 3,000 dead sea urchins were counted on Panama Beach, while nearly 4,000 were found dead on Hermosa Beach.

There are reports of starfish and turtles that have also died in smaller numbers. In February, they also noted affected corals in Playas del Coco, but they are currently not showing any damage, probably because another species is causing the red tide, according to the biologist.

Previously, in 2005 and 2010, the corals were severely affected mainly due to the red tide, which caused a precipitous drop in coral cover in the area.

Currently, shellfish fishing is prohibited in El Coco (Playas del Coco) and Las Catalinas. However, according to Ruben Rodriguez, head of the collection center of the Chamber of Fishermen of Guanacaste, this was not the greatest impact caused by the red tide.

The main impact it caused to the fishermen was the difficulty in being able to fish for octopus, since this animal and lobsters are the most fished and marketed species. The technique they use is diving, and the red spot in the ocean prevents anglers from having good visibility underwaterwhich brought out the octopuses in fewer numbers than in previous years.

There are weeks, there are months when divers cannot go out at all. They tell me ‘you can’t dive’. The water is so thick you can’t see the product,” Rodriguez explained.