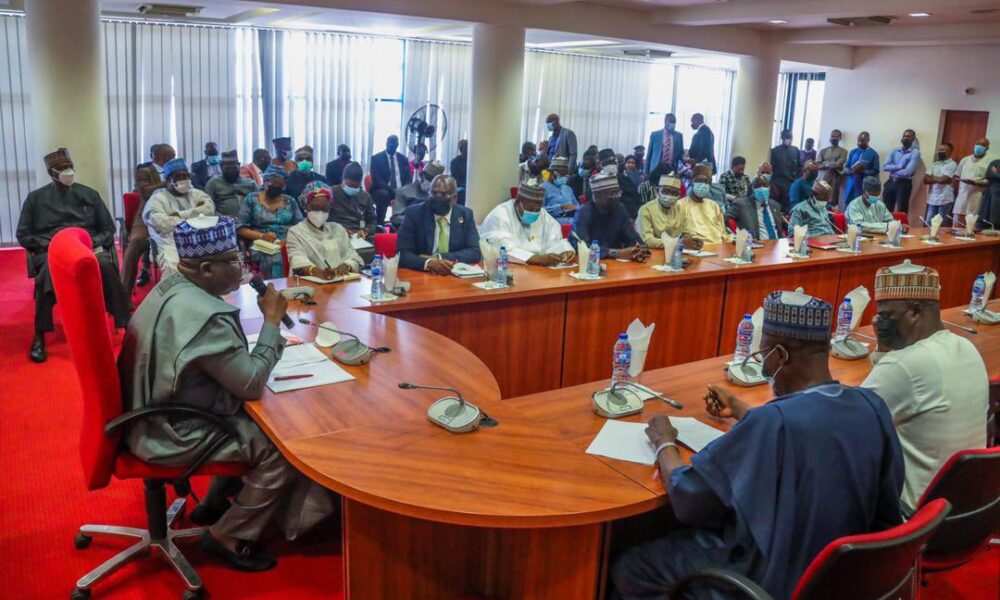 A non-governmental organization, Polling Unit Ambassadors of Nigeria (PUAN) has inaugurated its executives from Bayelsa State after years of delay.
The inauguration ceremony which took place in Yenagoa, the state capital, amid fierce disputes over who was credible and most qualified to hold the state leadership position, saw a director of the State Environmental Sanitation Authority, Mr. Ebi Appah, to be sworn in as State Ambassador, the nomenclature for the highest state office in PUAN.
It should be recalled that the inauguration of the Bayelsa State Executive of PUAN, which was previously scheduled to take place last Tuesday, was reportedly postponed due to what they called “unforeseen circumstances”.
The Tide reports that band members who previously reportedly expressed dismay at Tuesday’s postponed inauguration, were later seen in their best behavior on Wednesday.
About 90 percent of them were inaugurated as executive members of the state, area, or senatorial district.
The Tide further opined that the PUAN, which would most likely play a major role in the upcoming general elections in 2023, was born out of a desire to educate Nigerians on credible, free and fair elections, voter education, sensitization and sensitization on elections. important to Nigerian voters.
Speaking to reporters shortly after the inauguration, the NGO’s national leader, Amb. Captain Dabbas Suleiman, said he was delighted with the ceremony, noting that the NGO was founded on the idea of ​​ensuring that Nigerians are properly educated and enlightened on free, fair and credible elections and how to ensure that their votes count before, during and after each election.
He warned against vote buying, describing it as the biggest threat to the country’s electoral system.
Stating PUAN’s commitment to protecting the sanctity of the electoral system, in conjunction with the Independent National Electoral Commissioner and other electoral system agencies, he commended the state section of the organization for maintaining confidence with the body.
Speaking to The Tide, a cross section of members said at the inauguration, the PUAN South-South zonal leadership, led by Amb. Mfon Peter, commonly referred to as Deputy Ambassador General (DAG), he proved to the public that the NGO was made up of people of substance and integrity.
“We traveled across this country to inaugurate various states and zonal executives of PUAN. The inauguration of the Bayelsa State Executive makes 29 excos we have inaugurated since.
With the inauguration of the Bayelsa State Executive, we can now say that our work here has finally begun. PUAN has three Cs that guide our relationship with the public. They are: commitment, competence and character.
“We don’t have money as an organization, but as members of PUAN, we have integrity, we have skills and we have character,” the AG said.
Also speaking, the duo of the Secretary General of PUAN, Amb. Prince Osas Osagie and the Deputy Ambassador General (DAG), South-South Zone, Amb. Mfon Peter, again stressed the need for hard work and commitment, noting that the NGO does not attach any remuneration to the duties of its members.
The duo advised the newly inaugurated executive to function for the betterment of the NGO in the state and the country as a whole.
In his acceptance speech, the newly inaugurated SA, Amb. Ebi Appah, assured that the state executive under his leadership “will continue to function collectively to ensure that the citizens of the state and residents are properly and adequately sensitized to the need to hold their elective office holders responsible before and after the elections.